Ryanair in dispute with unions

Irish low-cost airline has stepped up its war of words with the union that called a three-day strike in Portugal last week.

The airline company accuses the National Union of Civil Aviation & Flight Personnel (SNPVAC) of wanting employees to earn lower salaries than they are currently earning.

The SNPVAC accuses Ryanair of using its Irish jurisdiction to ignore parenthood rights and not allow doctor-approved sick days, as well as resorting to disciplinary processes and threats for not reaching in-flight sales objectives.

Ryanair states in a letter sent out to all cabin crew that despite the efforts of the union, that wants staff based in Portugal to be subject to Portuguese legislation, Ryanair will maintain employment contracts according to Irish law.

The letter of 10 April signed by staff director Eddie Wilson and directed to all staff based in Portugal begins by thanking all crew members based in Portugal during the three days of disruptions which had enabled 90% of scheduled flights to operate.  He went on to criticise the “unnecessary strike called by the SNPVAV.”

“The statement issued by the union during the strike was confusing and seemed to vindicate Portuguese employment contracts. But the Portuguese contracts are not in your interest,” states the letter.

Currently “the tax in force (under Irish law) is lower, the salaries are higher, maternity leave is double what it is in Portugal and family benefit is six times higher than in Portugal.

Ryanair, whose CEO Michael O’Leary famously said that the recovery in the Portuguese economy was partly down to his airline, has a meeting with the union on 20 April and states that it is open to include some elements of Portuguese legislation that are beneficial to Ryanair staff.

But the company says it will not sign Portuguese contracts that give cabin crew members a worse deal than they currently have under Irish legislation.

The SNPVAC stated that 11 Ryanair flights to and from Portugal were cancelled that day after 90% of the 330 crew in Portugal joined the strike. 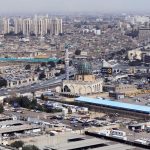 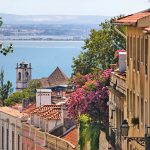 Demand outstrips supply in rental crisisNews
This website uses cookies for a better browsing experience, in continuing browsing you're accepting their use. Read More