The Portuguese government is to continue to let a joint Italian-Portuguese consortium drill exploratory wells off the breathtaking Costa Vicentina on the Alentejo coast despite opposition from environmental groups. According to expert studies commissioned by  the Portuguese energy firm Galp Energia and Italian company Eni, the region has oil reserves equal to 17 years of national consumption. If the oil is viable, potential receipts could be worth €57Bn over 30 years and provide Portugal with €4Bn in royalties. Environmental groups disagree.

Studies released by the consortium Eni and Galp, both prospecting for oil off Portugal’s beautiful Alentejo coast, claim that there is sufficient oil to produce between 1,000 and 1,500 million barrels a day, an amount equivalent to 17 years of oil imports, with an obvious commercial impact on the Portuguese economy.

A statement issued by the consortium, which refused to go into numbers, said, “If the presence of hydrocarbons is proved, its exploration at a hidden location of the coast, would represent an opportunity for the economic development of Portugal in reducing its trade and energy imbalance.”

Galp and Eni state that “the persistence to pursue this project and their desire to invest in the country demonstrates the two companies’ confidence in the project.

Should the projected oil deposits be confirmed, potential revenues would be €57Bn which would net the Portuguese State €4Bn in royalties over the 30-year concession.

The first drill test, 46km from Aljezur, will be in operation at the end of the year. The test will last 46 days at a €37million cost.

Financial analysts at BPI bank could push Galp shares up 7% or €1.10 per share.

BPI states, “If we assume these oil deposits are recoverable, at current oil prices of US$5 per barrel and with a window of time of seven years, there would be an increase on the share price of between €0.80 per share to €1.10”, which means a rise of 5 to 7% on the current share value of €15.83 per share.

However, António Pedro Vasconcelos argues that oil exploration will bring the Portuguese state next to nothing in revenues.  The filmmaker was one of several Portuguese notables who took part in a 1000-strong demonstration in Lisbon against oil prospection along 46km of some of Europe’s most breathtaking and unspoilt natural coastline between Aljezur and the Algarve.  He called it an “environmental crime” and a “lie in which Portugal would take all the risks and reap next-to-nothing.” 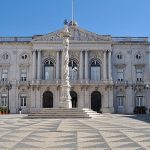 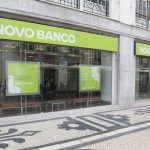 Portuguese banks close 100 branchesNews
This website uses cookies for a better browsing experience, in continuing browsing you're accepting their use. Read More