An agreement has been signed between Spain and Portugal for the use of two roads to test driverless cars. The cities of Viseu and Cascais are likely to be included for the pilot scheme.

Portugal and Spain are to test driverless cars. Portugal will carry out the pilot on test roads in the northern city of Viseu and the Greater Lisbon resort of Cascais. The countries signed an agreement last week to join forces in changing the paradigm in the automotive and mobility sectors.

The agreement involves, among other aspects, the creation of two roads with 5G mobile network access to test the vehicles: one between Porto and Vigo and another between Évora and Merida.

A Memorandum of Understanding between the two countries was signed on April 10 by the Secretary of State for Infrastructures, Guilherme W. d’Oliveira Martins, and by the Spanish Under-Secretary of Internal Administration.

The news was announced by the Portuguese daily Público which reported that it was the intention to “turn the Iberian Peninsula into one of the most innovative areas for testing and implementing automated mobility.”

According to a special report in the Economist driverless cars will change the world, just as cars did before them with Uber’s self-driving robotaxi having a human sitting at the driving wheel but only to take over if something unexpected happens.

In the United States, General Motors (GM) the country’s largest car maker, plans to launch a robotaxi service in 2019 using autonomous Chevy Bolt cars that do not even have steering wheels or pedals.

Various international consultants have predicted that robot axis will take off rapidly after 2025, with 80% of people using them in cities by 2035.

It is also estimated that by 2030 one-quarter of all road journeys will be in shared, self-driving electric vehicles, reducing the numbers of cars on city streets by 60%, emissions by 80’% and road traffic accidents by 90%. 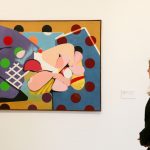 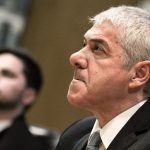 Corruption scandal continuesNews
This website uses cookies for a better browsing experience, in continuing browsing you're accepting their use. Read More