Portugal has maintained its position as the world’s 9th largest wine exporter.

The modest bounce in Portugal’s output comes after a slump in wine production worldwide in 2017 with global wine output falling to its lowest level in 60 years due to poor weather conditions in Europe.

Wine production totalled 250 million hectolitres in 2017, down 8.6% from 2016 according to data from the Paris-based International Organisation of Vine and Wine (OIV).

It was the lowest level since 1957 when wine production plummeted to 173.8 million hectolitres.

On the export market, Spain remains the largest exporting country by volume with a global market share of 20.5% and France keeps its leading position in value with €9Bn of wine and champagne exported in 2017.

Other countries worldwide filled the gap. Brazil’s production skyrocketed 169%, while China became the 7th largest producer in the world after Australia and Argentina. 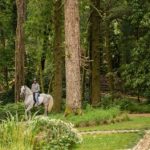 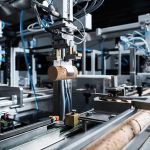 Cork leader celebrates 30 years on the stock marketNews
This website uses cookies for a better browsing experience, in continuing browsing you're accepting their use. Read More