Goods exports fall for the first time in 17 months

Portuguese exports suffered a 5.7% fall in March while imports rose 1% compared to the same period in 2017.

It was the first time that exports suffered a significant slow-down since the end of 2016, according to data published by the National Statistics Institute (INE) on Thursday.

The statistics body said that the results could in part by explained by calendar effects since there were two less working days in March 2018 compared to March 2017. The deteriorating diplomatic relationship between Portugal and Angola and worsening economic situation in Angola are also to blame.

The downward trajectory of exports in March is also down to a 19.3% decrease recorded non-EU trade. The balance in goods trade deficit stood at €1.2Bn, +306 million like-for-like on 2017 and excluding fuels and lubricants, the trade balance was 915 million in the red overall; +231 million on the same period in 2017.

Overall, for the first quarter of 2018, exports fell-2.7% while imports rose 6.3% with exports to Angola plummeting by 28% as relations between the two countries become increasingly strained and the oil-reliant Angolan economy, subjected to fluctuations in oil prices, continues to struggle.

There are 6,360 subsidiaries of foreign companies in Portugal, representing 1.7% of the total of non-financial corporations producing a value of €19.4Bn or 24.7% of the total. 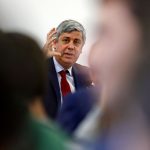 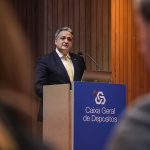 CGD bank charges soar 14%News
This website uses cookies for a better browsing experience, in continuing browsing you're accepting their use. Read More