Hotels in the Algarve registered stronger booking demand over Easter this year than last, according to the National Statistics Institute (INE).

Studying just the numbers for March, the monthly performance for the region was clearly greater than the quarter as a whole with +10.7% for beds, +18.1% for guests and +17.2% for revenues.

The explanation for these significant results for Algarve hotels which are in line with the rest of the country “were influenced by the calendar effect of the Easter period with impact at the end of March.”

The Statistics Institute states that in March “the internal market picked up, registering a growth that was higher than the external market,  a trend seen in the region since the start of the year.

The first quarter of 2018 was also marked by accumulated results similar to the previous year achieved in the region’s golf courses (327.5 thousand rounds of golf) and 902,700 passengers passing through Faro airport. 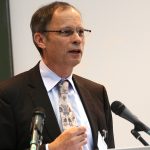 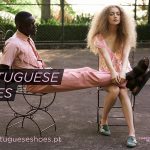 Footwear exports hit record highNews
This website uses cookies for a better browsing experience, in continuing browsing you're accepting their use. Read More