Porto is increasingly attracting the interest of world-class companies, according to the city’s Deputy Mayor Filipe Araújo.

“It’s not just Amazon that’s interested in coming to Porto. There are lots of other companies that can see what’s happened here, particularly in terms of the banking sector, with Euronext and Natixis ( France’s second largest banking sector player),” he said.

He made his comments at the recently held third edition of Start & Scale, a week-long Porto networking and congress dedicated to startups and technology firms which has been organised by the city authorities for the third year running and attracts over 1,500 national and international delegates.

The event, which ran from 5-11 May, also focuses on innovation promotion, entrepreneurship and technology and companies that do or plan to have a base in the city. It is co-sponsored by Norte2020 and Portugal 2020 from European Union funds.

Among the events and programmes was ‘Hack For Good’ – A ‘hackathon’ or development marathon organised by the Calouste Gulbenkian Foundation to foster the development of technological solutions for real social challenges, and the ‘Scaleup for Europe Conference – the City as a Market’ which examined smart cities, IoT and data and accessing new products and services for cities.

The Deputy Mayor told digital newspaper ECO – economia online that considering the talent the city had created in recent years “we suffer lots of people leaving the Porto for various reasons that we all know, like the crisis.

“It’s important that the city gives them opportunities, whether for startups, scaleups and companies that want to set up here.” He also said the city was “vibrant, cosmopolitan” and that the “Council was contributing towards its economic diversity and growth.” 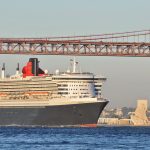 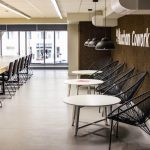