Portugal’s Golden Visa scheme, which has come under fire in recent weeks by left-wing parties within the Portuguese parliament, is vitally important for the property and resorts sector in Portugal, according to the Portuguese Association of Resorts (APR).

Pedro Fontainhas, Executive Director of the APR, said on Tuesday that it was, in his opinion, entirely wrong to suggest that the Portuguese government’s Golden Visa scheme (Authorisation for Residency through Investment) had failed to bring benefits to the Portuguese economy.

“This scheme was vital for banks to offload the many properties on its books left over from the recession, it has helped regenerate our urban centres through requalification and has created thousands of jobs both directly and indirectly in resorts, hotels, estate agencies, restaurants and catering as well as attracting investors, many of whom have chosen to either buy properties and move to Portugal, some at our resorts and who spend their money in our shops, restaurants and put their children in our schools,” he said.

Pedro Fontainhas added that the Portugal Golden Visa scheme had become less popular in recent years due to growing interest from investors in rival schemes in Malta, Greece and Cyprus where tax incentives for setting up businesses were more attractive than in Portugal where the costs were much higher.

He said that the Government needed to repackage and calibrate Portugal’s Golden Visa scheme to make it more attractive and competitive for investors who had a wide choice of other countries within which to invest their capital. 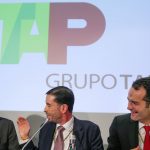 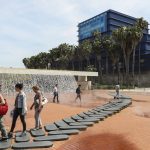 Lisbon unrecognisable from Expo98News
This website uses cookies for a better browsing experience, in continuing browsing you're accepting their use. Read More