Property developers Vanguard has invested €60 million in the ‘Bayline’ apartment development in the Algarve’s resort of Armação de Pêra.

The developer, owned by French businessman Claude Berda, who is also involved in the rural resort Muda in the Alentejo region of the country, will start construction of ‘Bayline’, an apartment development located on Fisherman’s Beach (Praia de Pescadores) just a few metres from the beach in the popular resort.

The ‘Bayline’ project comprises a set of six blocks of residential buildings which benefits from ample views over the lagoon and sea and is characterised by modern architecture.

The resort will feature 256 apartments (1-3 bed), with Spa, swimming pools, car park and other services.

In March, Vanguard finalised the acquisition of the project and land which already has planning permission and upgraded the development designed by Miguel Saraiva by creating more services for residents and reducing the density of the original plan from 296 apartments to 256 apartments.

Work on the development will begin in September and the project is expected to be completed within 2 years.

The resort will be commercialised from this month (July 2018) through pre-sales.

Vanguard Properties has invested heavily in Portugal in recent years with a number of high-quality projects including Castilho 203, Tower – Urban Feel and Muda Reserve in Comporta.

Recently, it was reported that Vanguard and entrepreneur Paula Amorim had joined forces to bid for the purchase of Herdade da Comporta formerly owned by Rio Forte – a subsidiary of failed banking group Banco Espírito Santo (GES). 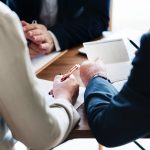 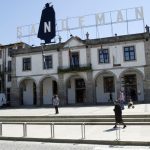 Brussels in Port Wine threatNews
This website uses cookies for a better browsing experience, in continuing browsing you're accepting their use. Read More