Distinctiveness, affordability and mobility are three core areas, vital to improve the quality of life of citizens in cities increasingly under pressure from urban exodus, traffic congestion, booming tourism and a loss of character that results from large multinational fast-food and retail chains springing up almost overnight. Charles Landry, author, public speaker and international adviser on the future of cities, best-known for popularising the creative city concept, recently argued that to solve Lisbon’s problems, uncomfortable but honest discussions between the various stakeholders – Lisbon City Council, corporate business, developers and banks – are required.

When it comes to affordable housing, traffic congestion and hordes of tourists in cities like Lisbon and Porto, everybody complains but few come up with solutions.

In many ways, Lisbon has already been making sterling efforts to solve its mobility problems by improving and extending metro infrastructure, introducing bus and taxi lanes, cycle paths and providing free bikes, including motorised ones.

But regarding the chronic lack of affordable housing and tourists driving up property prices, a solution is clearly needed; a solution which will not be reached without laying blame, passing the buck and burying heads in the sand.

Speaking at the British Council in Lisbon, cities expert Charles Landry says all stakeholders need to get around the table and talk before Lisbon becomes a Disneyland-type theme park for tourists.

“The problem,” says Landry, “is the digitised world which helps us to be here, there and everywhere; what I call the ‘anytime, anyplace’ phenomenon that makes it incredibly difficult for cities like Lisbon with a number of special characteristics.

“If you’ve got history and heritage and Portuguese people and expats who speak English, then it means you have many types of people and professionals here,” he says.

Software professionals, translators, journalists and freelancers from many areas can all work from Lisbon, which means that the digitised world presents both “delights and dilemmas that are really expressing themselves fully in the city”, as it has become a magnet for its lifestyle, climate and affordability relative to other European cities.

If you’re a global investor, it’s even easier, Landry points out. You just look at house prices and the cost of living in London, Berlin, Paris, Amsterdam and Athens and you can conclude that, historically, prices are much lower in Lisbon. Add to that the fact that the city is relatively safe, has fine weather and plenty of cultural attractions, and it becomes clear why Lisbon is an attractive place to work and live.

Charles Landry says that the market on its own cannot solve the current and pressing problems of property demand pushing prices up, the displacement of locals and the stresses on infrastructure alone. “When Lisbon was down a decade ago, you needed that level of gentrification for things to improve. But now that the tipping point has actually already happened, it is perhaps too late,” he warns.

Landry talks about ‘creative bureaucracy’, which is also the title of his book and was the name that inspired a big event held in Berlin on September 7-8 this year called the ‘Creative Bureaucracy Festival’. He hopes Lisbon, too, will soon have its own version to help come up with solutions to some of the city’s burning issues.

Non-governmental association ‘Build the City’, a partner of the Berlin festival, calls on the public administration, civic society and business community to work together on this joint project called “The City”.

“When all these partners come together, you have all these potential dilemmas and, clearly, social housing is one of the key issues that needs to be reinvented and looked at in a new way,” Landry adds.

“When we think of creativity, we often think of artistic creativity, but there is also what I call civic creativity which is about regulations incentives. The classic bureaucracy in many Mediterranean countries is quite rigid and the difference between the civic world and the business world is often quite stark. They often can have negative images of each other.

“We have to start that discussion, which is called ‘Lisbon – Our Joint Project’, collectively between the different stakeholders,” he continues.

Landry points to examples of other cities under pressure, an example being Vienna, which, he says, is the one city in Europe which probably has the most social housing and that is partly to do with history.

“I was in Vienna recently at a conference on social housing and they have some interesting solutions. We have to think of innovative ways of having social housing, which is maintained over time while providing capital accumulation,” he explains.

“Those who got into social housing 60 years ago are all incredibly middle class and well off now because they have reasonable rents of €300 a month and then they pass that on to their children.

“That shouldn’t be the aim of the game,” he says because while accepting that people obviously want security, it ties up social housing with the same families indefinitely. 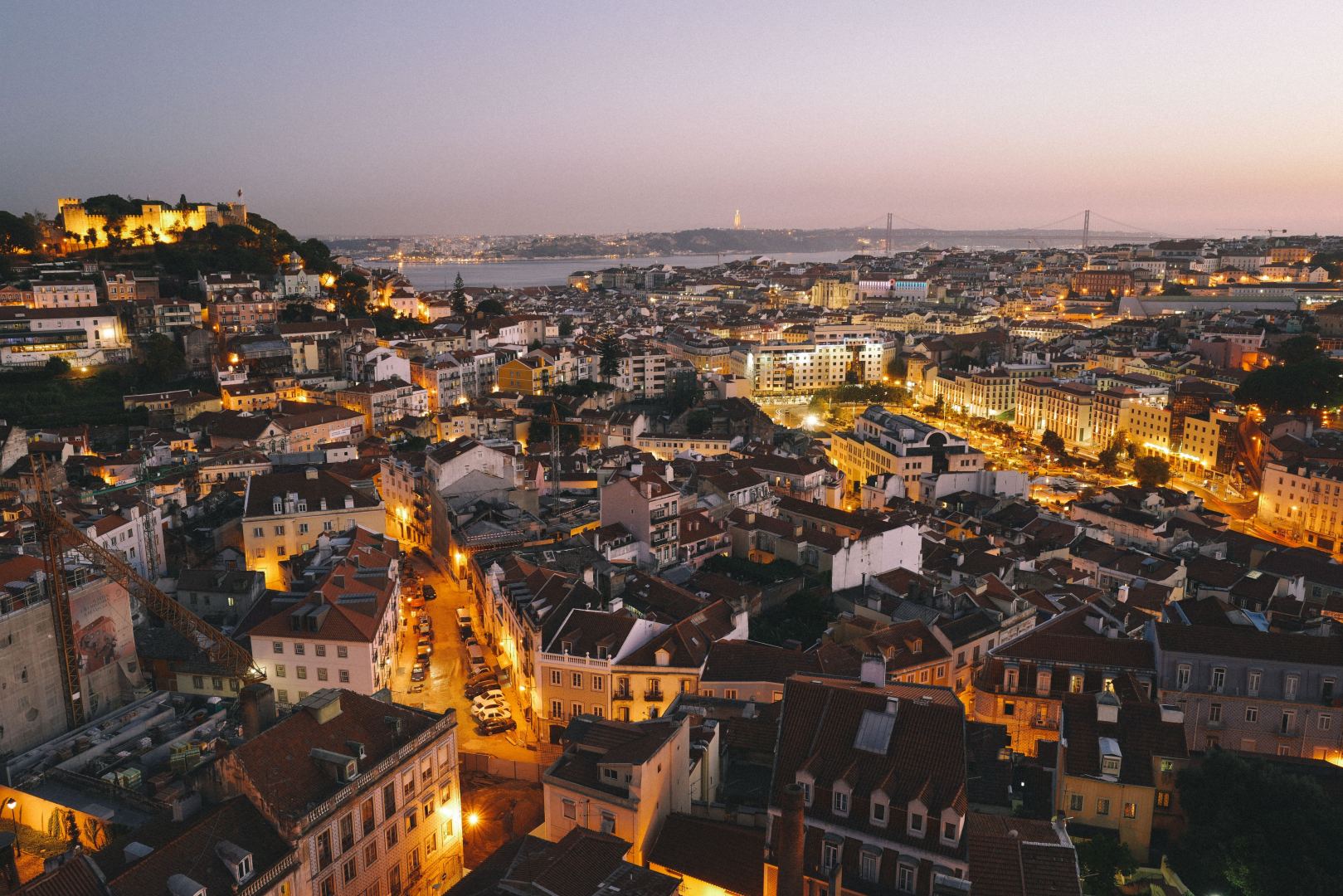 An example from the Vienna case and its spectrum of social housing is that they have recognised that you need to allow people to build capital.

In Vienna, one variation of cooperative housing (Genossenschaftswohnungen) means the tenant puts in a certain amount of money, which can then be withdrawn if and when they leave and invest it in a similar scheme elsewhere.

The question is, do they get whatever the interest rate was back in the day, or do they get the money out that relates to the value increase of the property as a whole?

In the latter, they can take that financial resource with them when they leave, which makes sense, particularly in the nomadic world of work these days, and apply in another, similar housing scheme. “This question of being able to build capital is very important,” Landry stresses.

The middle classes can usually raise a deposit, so this is where the banking system, too, needs to be involved to lend a down payment of €20,000-€50,000 to build capital because “the question of building capital is a key problem”, particularly for younger couples or those on lower incomes.

Charles Landry says that, again, imagination and creativity are key and, of course, Lisbon has the municipal financed bikes, motorised bikes and the car-sharing scheme. “Motorised bikes, in particular, are ideal due to the physical aspect of Lisbon, with its hills. Lisbon is a pioneer in having motorised bicycles.”

Perhaps the strategy should be, given the city enjoys a high degree of sunshine, to switch from cars to bikes and, while accepting the Portuguese fixation for owning their own car, Landry says that ideas do flip in the same way that it is no longer acceptable to use single-use plastic bags.

“The zeitgeist is one where clearly removing the car is a key component and the hilly physicality of Lisbon and its parking issues make that all the more desirable,” he explains.

“All of these factors are a precondition for starting conversations involving the civic and business stakeholders, and while not in themselves a total solution, they must get around the table and start discussing these problems, out of which will spill views on questions such as affordability, mobility and capital accumulation for the tenants.”

Creating distinctiveness in specific neighbourhoods, in terms of shops, restaurants and bars, is, according to Landry, another important factor which, in many ways, Lisbon has been achieving, particularly around areas like Príncipe Real, Campo de Ourique or Parque das Nações.

“Here again, it’s all to do with planning. One way to preserve the unique flavour and identity of a neighbourhood is by prohibiting an international fast-food chain from setting up in a typical historic area, and that is a battle. Why should global brands determine the future of Lisbon?” he asks.

The cities expert says that the business community, as a whole, would be thankful in the long run for keeping the distinctiveness and attractiveness of a neighbourhood in the first place.

“It’s a difficult discussion, but if we can put aside our own selfish and individual business interests and find common ground, this could lead to the curation of streets and areas,” he says.

This has already happened in some shopping centres where they either put in global brands or curate the sort of tenants they have.

Giving a Lisbon example, Landry points to the Time Out market in Mercado da Ribeira above which the co-working space Second Home operates. He singles it out as a shining example of an enclosed area, which is curated, and says discussions need to start on how the model could be applied to other streets and neighbourhoods in Lisbon where the focus could be on independent owners.

Entrecampos – is it really a solution?

Lisbon’s authorities have already gone some way to solving mobility and distinctness but has clearly failed when it comes to affordable housing.

One inner-city project promoted by Lisbon City Council, at a brown-field site near the city centre at Entrecampos (at the former municipal fairground), aims to help solve the problem of affordable, middle-class housing, mostly for rent.

The old fairground site, which covers the equivalent area of 25 football pitches and has been empty for 15 years, will feature 700 affordable homes for rent, 138sqm of office space and shops and other amenities, in an €800 million investment which the council says will create 15,000 jobs in the short to medium terms. There will also be 279 homes for outright sale.

According to the Mayor of Lisbon, Fernando Medina, the project provides an “opportunity to offer the city what it needs in terms of housing”.

“Our goal is to solve various urban problems that the central area around the Entrecampos zone is facing, while at the same time create affordable housing to rent.”

Rents are said to be anywhere from between €300 and €500 a month and, according to Invest Lisboa, there is no return on that rental investment should the occupier wish to move and rent elsewhere or buy their own home. One has to ask if Lisbon is ready to explore the Vienna housing proposals in a bid to solve its chronic affordable housing problems in an increasingly nomadic urban landscape. 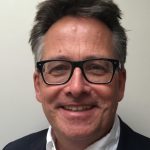 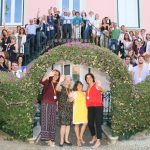 Cities under pressureTourism
This website uses cookies for a better browsing experience, in continuing browsing you're accepting their use. Read More