Seasoned yachtswoman, journalist, author and adventurer Nysse Arruda began her love affair with boats and the sea as a young woman in Brazil. Combining her two passions, sailing and writing, she went on to become an internationally renowned yachting journalist, following major competitions around the world, like the Volvo Ocean Race, Admiral’s Cup and America’s Cup. While doing this, she discovered the plight of our polluted oceans and decided to set up a multinational campaign platform, CCOceanos.

There is an intense persistence and sense of urgency in Nysse Arruda’s voice when I meet her in a Lisbon downtown hotel to discuss a project that she has conceived and is now bringing to the wider world.

Her penetrating gaze belies a quiet and self-contained manner, betraying an excitement and fire born of years of experience sailing the seas, chasing the courageous fortunes of intrepid yachtsmen and yachtswomen who compete in international competitions.

But it was when the yachtswoman, baptised by the harsh and tempestuous seas around Antartica, the Atlantic and Cape Horn, noticed the amount of plastic that increasingly became entwined in the rudders and propellers of the boats she and competition yachtsmen sailed on, slowing them down, that she realised first hand just how choked up the seas were with the plastic “we throw away without a second thought”.

So an idea began to germinate in Nysse Arruda’s fertile mind and that idea crystallised into the Communication Centre for the Oceans (Centro de Comunicação dos Oceanos, or CCO).

The platform was conceived to raise awareness and share the latest information on the broad theme of the health and wealth of the world’s seas and oceans by interlinking, from Lisbon, all the Portuguese-speaking countries and, thereby, create both an information bank and think-tank on the oceans and the challenges they face.

The CCO, a non-profit environmental association, was launched in Lisbon in May at the Lisbon Naval Association.

“Our aim is to provide regular forums for expert-level discussion on a broad range of sea-related topics covering shipping and industry, science, the environment, history, geography, culture, literature, gastronomy, the fishing industry and water sports,” explains the CCO developer and organiser.

The interactive forums are being designed for both industry professionals and a wider public in Portuguese-speaking countries around the world and, while the importance of the world’s oceans for economies, industries and sports are discussed, its main theme debates the challenges of ocean pollution, clean-up and conservation.

A fascination with the seas

Born in São Paulo, Brazil, Nysse Arruda, an author and journalist specialising in international open seas yachting competitions, has more recently been involved in the Volvo Ocean Race about which she has published the book “The Impossible Journey” alongside Paulo Mirpuri.

Nysse’s fascination for sailing started in her youth back in Brazil in Porto Seguro, Bahia; the place where the famous Portuguese navigator Pedro Álvares Cabral made land and discovered the country over 500 years ago.

“I was enjoying a well-deserved holiday after years of hard study and went sailing for the first time to explore some beaches and villages only accessible by sea,” she recalls.

Nysse says the whole adventure with the boat, skipper and crew was “incredible and inspiring”.

“In the winter, the skipper would sail to the Caribbean in the northern hemisphere where it was summer. He would cruise and make a living from passengers,” she recalls.

On her way back to São Paulo where she lived, Nysse thought how fascinating it was to make a living from a boat which also served as one’s home and transport. “I’m going to do the same,” she decided.

Nysse Arruda spent the next 18 months learning to sail while working as a freelance journalist. “It’s an entire world in itself. I had to learn navigation, communication, meteorology and maintenance. It was very complex,” she remembers.

It was then that she realised she should combine her passion and interest in sailing with journalism, and embark on a career as a yachting journalist.

“I have been working as a yachting journalist for over 20 years and I came up with the project to create this platform, the CCO, that would cover a broad range of issues relating to the oceans and seas, with special emphasis on the health of the oceans, the problem of plastic pollution including from the fishing industry, whilst calling for a more sustainable and ecological approach to how we exploit and treat this valuable resource that is so vital for the survival of so many marine and bird species as well as mankind,” Nysse says.

For the CCO, Nysse succeeded in getting on board the institutional support of Portugal’s Environmental Global Facilities (EGF), its main sponsor, the Lisbon Academy of Sciences, Portugal’s ministries of the sea and of the environment, EPAL – Empresa Portuguesa das Águas Livres (Lisbon’s water supply company), Lisbon City Council and the boat brokerage specialists Grupo Siroco.

The CCO is also backed by a letter from the President of the Republic, Marcelo Rebelo de Sousa, and UNESCO in Portugal, while the organisation is partnered with the United Nations’ CleanSeas programme (Turn the Tide on Plastic) and the maritime specialist PR firm Polaris Media.

In addition, too, it has the support of members of the international and Portuguese surfing community, particularly the record-breaking US surfing champion, Garrett McNamara, who in November 2011 entered the Guinness World Records after riding a 78ft (24m) wave at Praia do Norte, Nazaré and then beat his own record in January 2013 by surfing an estimated 100ft (30m) wave again at the same seaside town.

“We really wanted to involve the maritime industry, university institutions, research centres and foundations, as well as yachtsmen, surfers, divers and fishermen, to join forces and speak out about the need to nurture and protect this natural heritage which are our oceans and seas, that in one way or another we all depend upon for our livelihoods, food, sport and recreation,” Nysse Arruda adds.

The Mirpuri Foundation contacted Nysse Arruda in January 2017 as the president of the foundation, Paulo Mirpuri, planned to do a transatlantic crossing from Cape Verde to Barbados with a professional crew aboard a Volvo Ocean Race (VOR70) yacht, as part of preparations for the Volvo Ocean Race 2020 when he plans to register the first Portuguese team.

The project was fast-tracked due to the involvement of the United Nations’ CleanSeas programme under the slogan ‘Turn the Tide on Plastic’ — a sustainability programme aimed at raising the profile of the plight of the oceans and plastic contamination.

“I covered the whole Volvo Ocean Race and the UN/Mirpuri-sponsored boat ‘Turn the Tide on Plastic’ and wrote a book on all the foundations, campaigns and projects,” Nysse explains.

“While covering the races, we received reports from the sailors about the nets slowing their progress, the plastic bags in the sea, plastic getting caught up in the rudders and the equipment, which was a big concern as it affects the performance of the boats,” she adds.

More recently, sailors joined scientists and conservationists in realising the impact that all this plastic was having on the actual oceans.

“It suddenly dawned on me from 2016 that, with all my experience of the oceans covering yachting races and writing, that I could make a difference.” And that led to the platform and forums by CCOceanos. 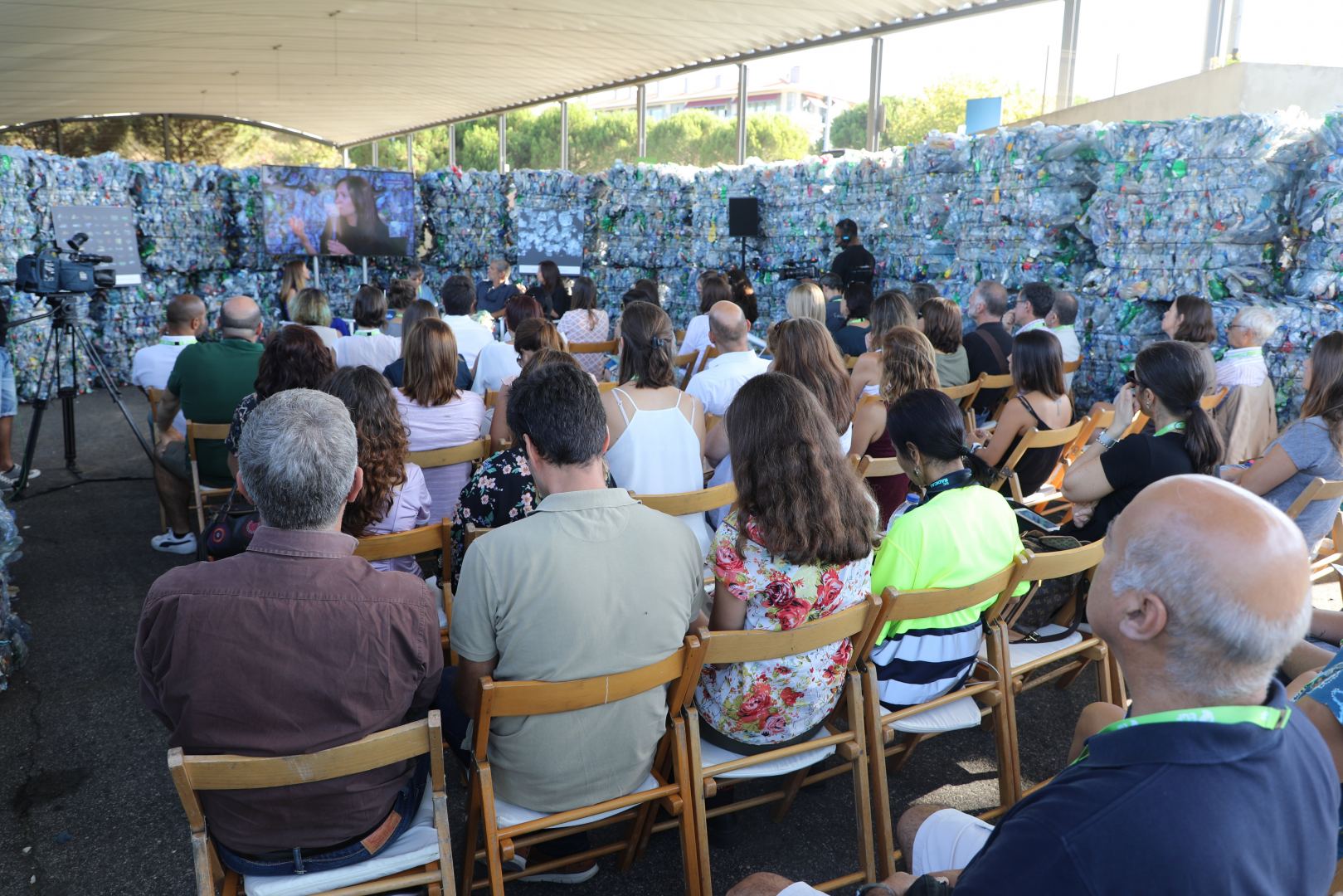 Support from celebrities and experts

The first forum on the oceans was organised by the Communication Centre for the Oceans (CCOceanos) on July 4 at the Lisbon Academy of Sciences and was live streamed on the internet.

It featured professionals and experts from a wide range of fields to do with the economy and sustainability of our seas, including Brazilian marine conservation expert Jessica Link, who spoke about ghost fishing, an international project funded by World Animal Protection and the FatFace Foundation which, as part of the Global Ghost Gear Initiative (GGGI), are working to remove fishing nets, pots, creels and other gear from the fishing industry that is discarded in the world’s oceans and kills and maims marine life, which either get entangled in nets or consume the fibres and micro-plastics that comprise this gear.

“Some 640,000 tonnes of ‘ghost gear’ enter the oceans every year. Lost and abandoned fishing equipment, including ropes, nets and pots, is a huge threat to the marine environment. Made of incredibly durable material, some ghost gear can take up to 600 years to break down into micro-plastics and will continue to catch and kill marine life,” Jessica Link said at the workshop.

Portuguese celebrity chef Luís Baena discussed the diversity of fish stocks in Portuguese waters and their culinary possibilities, while Ana Loureiro, Communication Director of Environmental Global Facilities, a benchmark environmental company at a European level, discussed recycling waste on the land to protect the oceans.

These forums were followed by others in July, September and October, while in November CCOceanos is organising the seventh mini-round of forums, this time in Nazaré at the surfing resort’s Forte de São Miguel Arcanjo. This latest round of discussions will feature record-breaking surfer Garret McNamara as well as Portuguese and Brazilian surfers and speakers from the local council, the tourism board and local fishing industry associations.

One of the organisations featured in the live streamed workshops is Algar, which is associated to the wider campaign of protecting the oceans by preventing plastic waste entering the world’s seas in the first place by effective and responsible residuals management.

Nysse Arruda explains that the weekly sessions are open to the public and streamed live to all Portuguese-speaking countries through online platforms.

“We want to use this online digital technology to create a broader talking shop in the Portuguese-speaking communities, which number some 223 million citizens around the world and on four continents, many of whom speak other languages which leverages and spreads the message,” she says. Through the dedicated CCO channel, LiveStream and social media platforms, the topics and discussions will also reach a wide audience as well as take the form of an international roadshow, initially based in Lisbon and then involving the Portuguese overseas territories of Madeira, the Azores, Goa (India), Brazil, Macau (China), Angola, Mozambique, Cape Verde and São Tomé.

“The health of the seas is, like sailing, a never-ending learning process and you are learning every time you go into the water. The world’s oceans are getting polluted with plastic because people don’t have the knowledge. Through this platform, my aim is to share knowledge and eventually help those on the forum discuss the problems and find solutions,” she concludes. 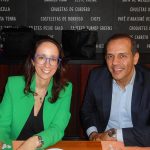 Dire warnings for economy over climate changeEnvironment, News
This website uses cookies for a better browsing experience, in continuing browsing you're accepting their use. Read More