This year’s investment in golf infrastructures and new strategies with different products makes Portugal’s golf industry more competitive according to a report by PwC.

The report cites substantial investment stemmed from new ownership at Vilamoura Golf Courses and a commitment to improving services provided to customers.

Golf tourism in the Algarve generated around €500 million in 2017 and sustained around 16,800 jobs according to a study published by the Algarve Tourist Authority and produced by PwC.

Part of the robustness of Portugal’s market as a gold destination, says PwC, also has to do with the increased flight connections from Lisbon to 102 international cities, Porto to 52 European cities and Faro to 55 European cities.

The PwC study found that golf tourists average spending in the Algarve is about €1,500 when staying in four or five star hotels with 1.8 million rounds of golf played in Portugal last year.

The Algarve is currently responsible for about 70% of all rounds of golf in Portugal which has been voted as the World’s Best Golf Destination by the World Golf Awards for the fourth year in a row (2014-2017) while the country was voted The World’s Leading Destination in 2017 by the World Travel Awards.

Portuguese golf courses are keeping their prices at very competitive levels while always improving their service and golf courses. 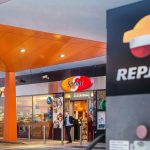 Repsol profits increase by 31.1% to September by €2.1BnNews 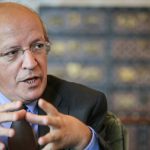 Portugal wants own post-Brexit deal with UKNews
This website uses cookies for a better browsing experience, in continuing browsing you're accepting their use. Read More