The deal should be completed in the first half of 2019 and is subject to the approval of Belmond shareholders and authorised by the competent competition authorities.

Founded over 40 years ago, with the acquisition of the Hotel Cipriani in Venice, Belmond owns and operates a collection of exceptional luxury hotels and luxury journeys in 24 countries. Among its hotels are the Hotel Cipriani in Venice, the Hotel Splendido in Portofino, Copacabana Palace in Rio de Janeiro, Le Manoir aux Quat’Saisons in Oxfordshire, the Grand Hotel Europe in St. Petersburg, the Maroma Resort & Spa in Mexico and the Hotel das Cataratas in Foz do Iguaçu.

Through this purchase, the LVMH group will significantly increase its presence in the luxury hotels market.

Reid’s Palace was the vision of William Reid, a Scotsman, who dreamed of building a majestic hotel in Madeira away from the winter chills of northern Europe. Built in the Edwardian “Belle Époque” style, it has welcomed many guests including the Empress Zita of Austria, King Edward VII, Princess Stephanie of Monaco, Roger Moore, Gregory Peck, George Bernard Shaw and Winston Churchill. 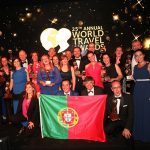 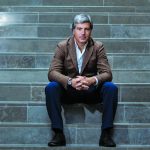 Hotel brand Inspira to develop projects in Alfama and SantosTourism
This website uses cookies for a better browsing experience, in continuing browsing you're accepting their use. Read More