Retail sales in Portugal grew 4.4% like for like in November last year at a time when overall sales in the Euro Zone grew 1.1%.

The figures released by the EU’s statistical office Eurostat on 7 January reveal that consumer spending in Portugal is four times the EU average overall for the last quarter of 2018.

Nevertheless, the growth in sales of 4.4% in November still represents a slowdown compared to the 5.6% seen in Portugal in October 2018.

According to Eurostat the slowdown in retail sales across the Euro Zone overall in November was down to a falloff in trade for food, tobacco, drinks and non-food products whereas car sales increased 1.7% in October and 2.9% in November.

Overall, in 2018 private consumption in Portugal achieved the maximum of the millennium so far and equals the European Union average.

Online sales were, however, below the European Union average which was estimated to be 13.6% in 2017. 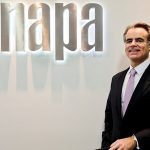 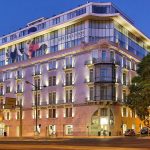 Portugal to have 170 new hotels by 2023News
This website uses cookies for a better browsing experience, in continuing browsing you're accepting their use. Read More