Chinese have invested €5Bn in Portugal

Chinese investment in Portugal increased 7.6% in 2018 in a year which saw €5.2Bn invested in the Portuguese market.

This is according to the Chinese ambassador in Portugal, Cai Run who was the opening keynote speaker at a conference celebrating 40 years of diplomatic bi-lateral relations between the two countries.

Cai Run highlighted Chinese investment which had increased and expressed the hope that commercial exchanges between the two countries would increase even more in the coming years.

The Chinese ambassador said that total investment exceeded €9Bn and that, “Chinese investment in Portugal is very significant.”

The President of Portugal, Marcelo Rebelo de Sousa said that he saw “many opportunities for Portugal in the development of China in an interview in the monthly magazine Macau published in English and which is financed by the Chinese territorial government.

“China’s progressive affirmation on the international stage will always be advantageous for the world and certainly for Portugal,” he said, adding that Chinese companies have made a “huge contribution” to job creation in Portugal.

In the same interview which discussed Chinese investment in Portugal in the energy, banking, insurance and health sectors, the Portuguese President said he held the conviction that the country “certainly had the capacity to attract new investments, ideally in other areas and with other more industrial characteristics with the creation of companies from scratch.”

And in an interview with Lusa, the head of the Chinese community in Portugal, Y Ping Chow said there was “still a long way to go” when it came to bi-lateral business relations between the two countries.

In an interview with the Portuguese news agency Lusa, the leader of the Chinese community in Portugal spoke of the Chamber of Commerce as an important lever in attracting the investment of small and medium-size Chinese companies (which would always be of a large size in European terms) that would be studying not only the Portuguese market but also Portugal’s capacity to influence in the Portuguese-speaking African countries. 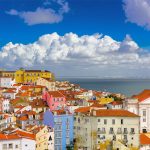 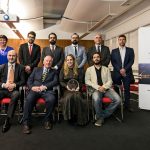