By Essential Business
Posted 26 Fevereiro, 2019
In Wine
Adegga – the online wine market that brings Portuguese wines to the world2019-02-262019-02-26https://www.essential-business.pt/wp-content/uploads/2018/04/essential_newlogo.pngEssential Businesshttps://www.essential-business.pt/wp-content/uploads/2019/02/andre.jpg200px200px
0
0

When a group of friends and wine enthusiasts got together to share their love of Portuguese wines, their passion led them to start an innovative online platform bringing wine lovers and producers together. The result was Adegga WineMarket

Adegga is a new way of trying and buying select Portuguese wines without the usual exclusiveness, pretension and snobbery that sometimes ­surrounds some wine clubs. It works on the assumption that you don’t have to be an expert to enjoy good wine and is aimed at a general wine-curious public that wants to discover the world of ­Portuguese wines.
It all started in 2006 with Chris ­Anderson’s book ‘The Long Tail’, which argued that the big commercial hit is dead and that business can and will ­generate most of its future revenue from a long tail of niche products which can serve even the rarest customer needs. In other words, the world is moving towards millions of markets of dozens rather than dozens of markets of millions.
Adegga was the brainchild of wine evangelist André Ribeirinho who invited two pals – André Cid and Daniel Matos – to create a new way for ordinary wine enthusiasts to discover, discuss and enjoy Portuguese wines and buy them ­direct from the producers.
At the time, Adegga was one of the first social networks dedicated to the world of Portuguese wine and one of the first online platforms encouraging the ­interaction between wine producers and consumers.
“We had seen how the internet changed the movie and music business. In the past, a shop in New York would only have a limited number of books or CDs because of space constraints. The internet allowed any shop to have an ­unlimited number of products,” says Ribeirinho.
“What this book taught us was that, with internet, it was not only possible to have unlimited choice but, from a business point of view, it meant that someone could access any film, book or music that before might be hard to find,” he adds.
Operating out of the Hub Criativo do Beato (startup hub) in Marvila, the partners decided to create a database and ­social network where anyone could find any wine in the world. It was an IMD-type wine database that would enable searchers to find a wine in Portugal if they lived in the US, or a wine in ­Australia even if they lived in Canada.

A sustainable business model?
They pursued that model for three years and the social network grew with people commenting on wines from all over the world. However, they realised two things were missing: one was the lack of a business model; the second, because wine is a physical consumer product, it had to be available to try and buy.
“No matter how interesting the social network is, you have to try it. Wine is, by definition, social, so after three years we decided to gather our community in one place, together with the producers that were here in Portugal, and test the model,” recalls Ribeirinho. It worked and the result was the Adegga WineMarket.

Adegga WineMarket
The Adegga WineMarket is an innovative wine tasting and purchasing event involving 70 carefully-selected wine producers. Adegga launched its first Adegga WineMarket in the Christmas of 2009 with the aim of bringing the Adegga online community closer to Portuguese wine producers. Adegga WineMarket currently holds events in Lisbon, Porto and the Algarve, and has held others overseas in Sweden and Germany through the Adegga WineMarket Tour.
“We created the concept by using a Blue Ocean Strategy, which looks at what other people are doing and asks the question: what am I doing different from them? It allows you to differentiate in a way that is sustainable for you. Being different is not that hard. What’s hard is being different in a way that’s sustainable for you while creating competitive ­advantages,” explains Ribeirinho.
“We discovered that no one in the market was doing an event where the producers were selected. We did a ­quality selection and focused on the ­consumer. Our thinking was that the consumer wants to try wines, so we would design an event for the consumer. All the wines we had there to taste had to be available to sell,” he continues.
Today, Adegga WineMarket works as an online shop so that even those who can’t come to the event can buy the wines online from home from a temporary pop-up shop for one week during the event.
Adegga provided 650 wines available for sale with discounts at their Adegga Lisbon WineMarket in November last year and included free shipping.
The WineMarket has proved incre­dibly successful in Portugal. Its last event in Marvila had over 1,200 visitors who came to Warehouse 16 to sample 500 selected Portuguese wines from over 16 regions and 70 producers.

Taking the event to Europe
Five years ago, Adegga decided to take the WineMarket around Europe going to Stockholm, Berlin and Brussels. “Although the event went well, our model of having year-round promotion and then one event annually in each ­European city wasn’t sustainable.
“At that point, we didn’t want to launch the platform outside Portugal ­because we were focused on making it work here where we’ve been growing for 10 years and it works really well.
“We are not doing events in other ­European countries for the time being until we have the platform up and running there,” says the Adegga co-founder adding that to date they have had 26 WineMarket events but in 2018 decided to refocus in Lisbon and Porto.

Premium Room
In 2011, Adegga created a new special wine-tasting concept for Portuguese wine buffs. Its Premium Room offers consumers the chance to try all the ­premium wines (rare and exclusive) in its collection for free. The Premium Room is one of the most successful wine tasting events held at the Adegga WineMarkets.

Promoting Portuguese wine worldwide
From its wine database, Adegga has forged a close relationship between ­Portuguese wine producers who need promotion and its market events where it showcases the producers’ brands while at the same time promoting them throughout the year. Adegga has essentially become marketeers.
“The reason we sell well at our events is because we know that if people go to an event and try a wine, they’ll want to buy it. That’s promotion and we can ­provide it,” says Ribeirinho.

The rules of the game
In return for exposure online and at its events, Adegga sets down a few simple rules that the wine producers have to sign up to. The first, they must commit themselves to its annual plan of activities.
“In January, we select who we want to work with as we have a limit of 70 producers. We have a set of criteria and quality of wine is just one of those. We want producers to understand that working with us means understanding the consumer, designing and preparing things so that the consumer understands your portfolio of wines. So, in a way, we are a marketing layer in an industry that doesn’t have that much marketing in ­Portugal,” explains Ribeirinho.
Adegga believes that if it didn’t set the ground rules, it wouldn’t be able to ensure a unified message and run campaigns that were meaningful and successful.
“If you do campaigns where anyone can participate and a producer says: ‘I don’t like this campaign, so I’ll participate in the next one’ then it’s not effective marketing,” he adds.
The other rules are common sense. The producers have to make good wine that Adegga’s consumers like. They have to understand communication. If producers’ labels are all different and hard to identify, if they don’t have a ­website and if the producer’s representative comes to the events and doesn’t even know how to speak to consumers, then they have no business at the WineMarket.
“If you don’t understand that you are in a market and that if you don’t communicate your wines effectively they won’t sell, you shouldn’t work with us. If you have those problems, and you know that before you want to work with us, then we can help. We offer consultancy for those producers who want a digital communication that works better, or those who are at entry level in the market,” says Ribeirinho.

Brazil, China and the United States
Last year, Adegga spent 10 days in China to explore the market there and discovered that the Chinese are receptive to Portuguese wines.
“The Chinese like our wines, but the big challenge is that the way we promote wines in the US and Europe doesn’t work in the Chinese market,” says Ribeirinho, who stresses that the Chinese often eat several dishes – savoury and sweet – at the same time and want an array of wines on the table to go with all these dishes.
“They don’t like chilled drinks, so all the wines have to be served at room temperature and go from dry to sweet. You have to understand how their cuisine and culture works and not tell them that they should drink wine like we do in ­Portugal,” he says.
And now, because of its online content, US consumers are curious about Portuguese wines. “We now have sufficient interest from that market to go there. The platform is now very focused on the US and also Brazil where we did an event with a partner. Our next step is to launch a separate platform for the international market, which will have contributions from wine writers from around the world who will focus on Portuguese wines,” concludes André Ribeirinho. 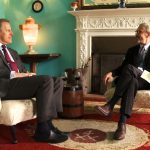 Climate change and the future of wineWine 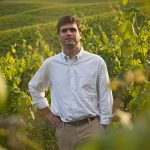 Guedes cousins invest €7 million in Algarve wine productionWine
This website uses cookies for a better browsing experience, in continuing browsing you're accepting their use. Read More