Increases in fuel prices, restructuring costs and passenger compensation payments were to blame for slashing TAP Portugal’s profits from €21 million in 2017 to losses of €118 million last year.

Of these losses, €95 million were from extraordinary and non-recurring costs related to restructuring, union agreements and compensation paid to customers following flight delays and cancellations.

According to results presented on Friday by the group, revenues from ticket sales and cargo increased 9.1% to €3.2Bn with the number of passengers carried by the company increasing to 15.8 million last year.
In 2017 TAP had registered profits of €21 million but for 2018 as a consequence of 2,490 cancelled flights, costing TAP €41 million including €22 million for compensation payouts, and €19 million from aircraft rental, these profits were swallowed up.
The group also highlighted agreements with union aimed at putting an end to strikes for at least five years cost the company €20.3 million while carrier contracted 250 more pilots.
TAP’s early retirement and voluntary redundancy packages had an associated cost of €26.9 million.
The restructuring process at TAP Maintenance and Engineering which resulted in 1,000 staff being made redundant and the closure of the airline’s operation at Porto Alegre had a cost of €27.6 million.
At the same time, fuel costs went from €580 million in 2017 to 799 million in 2018, with the cost of fuel prices averaging a 32% increase in 2018 on 2017.
For 2019 TAP has initiated a new hedging policy meaning it will diversify sources of financing to enable the company to have 50% of its consumption protected by fuel price variations.
Last year TAP implemented cost-cutting measures which created savings of €115 million while it managed to claw back €132 million in costs from Angola.
TAP’s rolling debt rose 2% to €888 million with the airline paying Portuguese banks back €29 million in 2019, replacing this debt with new lines of credit from international banks.
TAP announced this month that it is taking the first steps to stock market floatation. David Neeleman, of the Atlantic Gateway Consortium which has a 45% capital share in the airline, said on Friday that the company is preparing to float on the stock market, although the operation is unlikely to happen this year. 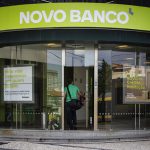 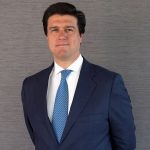 Merlin has €1Bn to invest in Portuguese propertyFunds, News
This website uses cookies for a better browsing experience, in continuing browsing you're accepting their use. Read More