The delay in launching an international public competition tender for the next concessions to run Portugal’s multi-million gambling industry could put the industry and future investment at risk according to casino operators.

The current concession to run the casinos in Lisbon and Estoril (both awarded to Estoril-Sol) and Figueira da Foz (Figueira Praia/Amorim Turismo) ends on 31 December 2020.
“It is obviously worrying that we still don’t know anything about the competitions,” the Non-Executive President of Estoril-Sol, Mário Assis Ferreira told the newspaper Público .
Ferreira says it is important that the competitions are international “subject to a series of legal bureaucracies” and states that operators have “a Government promise” that they would be consulted to contribute with their know-how of the industry to draw up a set of rules and responsibilities”, but nothing has been done to date.
These three casinos alone netted the Portuguese Government €64 million in taxes in 2018. Over four years the Government has received €233 million.
Tour operators in the sector say that this delay is threatening the operational activity of the casinos and future investments.
They also point out that it opens the door to a more problematic competition since it would be “an exception” that at the end of these international public competition tenders there would be no disputes with the unsuccessful tenderers”, says Mário Assis Ferreira.
The Portuguese Secretary of State for Tourism stated that the “papers for tenders for awarding new concessions for the exploration of games of fortune or misfortune in casinos are, at present, being prepared and the tenders will be launched as soon as these works are concluded.” 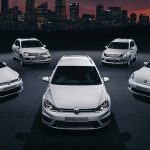 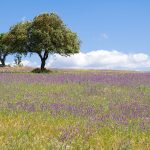 US Group aims to invest €510 million in Alentejo tourism projectDevelopment, News
This website uses cookies for a better browsing experience, in continuing browsing you're accepting their use. Read More