Portugal’s GDP bucked the European Union trend again for the first quarter of 2019 by growing for the 21st consecutive quarter at 1.8%.
The economy grew one percentage point on the last quarter of 2018 (1.7%) and 0.5% in a row (0.4% on Q4 2018), according to the latest estimates from the National Statistics Institute.
The growth in GDP reflects a more pronounced increase in internal demand, particularly investment, which more than compensated for the reduction in growth from international trade.
The growth of investment in the first quarter is the main highlight of Portugal’s economic growth which is down to an increase in imports of investment goods such as machines and other capital goods like transport material and processed products for industry.
The slowdown in exports is largely down to an increase in political uncertainty and commercial tension because of the continuing trade war between China and the United States which are impacting Eurozone economies.
GDP growth continues to be partly driven by a growth in employment and a reduction in unemployment, with 73.5 thousand new jobs in Q1 while unemployment fell by 56.5 thousand for the same period, corresponding to a reduction in unemployment of 1.1 percentage points.
GDP growth in the European Union and Euro Zone in the first quarter of 2019 remained stable
at 1.5% and 1.2% respectively, meaning that Portugal maintains a course of convergence with Europe, a convergence which has continued for over two years. 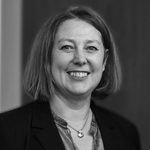 Keeping connections between Portugal and Ireland strong and openOriginal 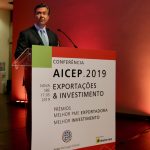 Portugal should take a leaf from Ireland’s book says Lloyds bank CEOOriginal
This website uses cookies for a better browsing experience, in continuing browsing you're accepting their use. Read More