The bank, led by António Ramalho, ended 2018 with an overall loss of €1.412Bn. In the first thee months of 2017 the bank had registered profits of €70.4 million, having then recalculated the figures “to reflect the change in the initial losses regarding the LME operation in the last quarter of 2017” so as to “ensure the comparability and consistency of the data presented”.
However, its Recurrent Account registered a profit of €85.4 million for the first three months of the year.
Prior to that, the bank’s profits stood at €60.0 million. Novo Banco reported a recurrent positive income before taxes of €85.4 million for Q1 2019 which highlights a recovery achieved from the figure reported for the whole of 2018 (€2.2 million) as a result of the continued focus in domestic and Iberian business and in new commercial initiatives, backed by the growth and higher profitability of its assets, as well as in the diversification of funding sources.
Commercial income increased by 14.1% from net interest income which increased by 33.4% thanks to a reduction in the cost of funding.
Fees and commissions on banking services contributed to €71.4 million (down 7.7% from the €77.4 million recorded for Q1 of 2018) with the main contributors coming from fees and commissions.
Core operating income (commercial banking) increased €22.2 million on Q1 of 2018 to €71.6 million at the end of Q1 2019.
The bank stressed the difference between Novo Banco Recurrent (it’s financial accounts now minus the debts inherited from the past) and Novo Banco Legacy (the debts it inherited and incurred as a result of the Resolution following the collapse of Banco Espiríto Santo in 2014).
In combined terms, Novo Banco posted a loss of €93.1 million for Q1 2019 in line with the strategic plan and commitments made to the European authorities but without the BES legacy would have turned a profit of €85.4 million. 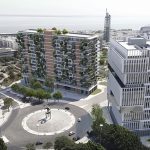 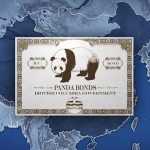 Portugal to issue Chinese Panda BondsMarkets, News
This website uses cookies for a better browsing experience, in continuing browsing you're accepting their use. Read More