Portugal’s Minister of Finance, Mário Centeno, hit out at the European Central Bank today over its interference in the question of whether and how Portugal should reform its financial supervision of financial bodies.
The minister argued that none of the Portuguese governments proposals currently going through parliament “violated the (EU) Treaties” and that it was not up to external entities like the European Central Bank to take decisions on behalf of Portugal.
“We cannot obviously imagine that Portuguese government policy decisions should be dictated by other bodies that do not have the authority to do so in this country. The Government presented a reform bill proposal and there are other political party reform proposals in the Portuguese Parliament on the matter, and now is the time to discuss these contributions and allow our parliament, which is obviously sovereign in legislative matters, do its job,” warned Centeno.
The statement, made on the sidelines of a conference at the Gulbenkian on Friday into the Portuguese economy, was a reaction to the various ECB criticisms over the Government’s proposals to reform financial supervision in Portugal.
The European Central Bank (ECB) has the report on the financial supervision reform proposal and its evaluation is far from positive with Europe’s central bank leaving a long lists of suggestions for change that it thinks should be introduced in any eventual plan to reform Portugal’s financial system.
Some ECB criticisms for example, questioned the capacity of the General-Inspectorate of Finances (Inspecção-Geral de Finanças) to adequately inspect and supervise other public and financial bodies but which Centeno says he will not “budge an inch” because he believes the government’s reforms do not violate the European treaties and because it does noir fall to the ECB to interfere with national policy.
“It would never have even entered my head that any of these options would violate EU Treaties, or the independence of the Bank of Portugal” said Centeno.
“We cannot consider that the Bank of Portugal, as an audit assessment and inspection entity, should be treated differently from the competences it, or other entities in Portugal have, such as the Higher Judicial Council, the Procurator of the Republic, the Ombudsman since all public entities have inspection component which is necessary when it comes to being supervised by the Portuguese State Audit Authority – IGF. 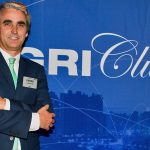 Overseas investors should seek partners on the groundInvestment, News 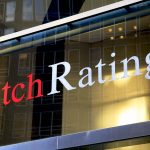 Fitch ponders ratings rise for PortugalNews
This website uses cookies for a better browsing experience, in continuing browsing you're accepting their use. Read More