In 2018 152 investments were made in Portuguese startups by venture capital companies which now are the main investors in new companies rather than banks.

In total, €485 million was injected into startups with the average investment standing at around €3.2 million with 83% of that investment going to startups in the seed or primary phase of development.
This was the message from Pedro Falcão, Managing Partner of LC Ventures who presented the latest report on Portugal’s investment market.
Falcão said the lion’s share had been from investments in two of the latest Portuguese unicorns: Outsystems, which last year raised around €360 million and Talkdesk which netted €100 million.
Speaking at the two-day Lisbon Investment Summit 2019 on Thursday, he added that so far this year investment round finance stood at €54 million, a considerable chunk of which went to 360 Imprimir which was founded in Portugal in 2013 and helps SMEs in their communicating and marketing strategies.
“I believe that over the next few years Portugal will have more unicorns and perhaps Feedzai will be the next”, he said, referring to a Portuguese market leader in fighting fraud with AI using an advanced risk management platform powered by big data and machine learning with the goal of “making banking and commerce safe” through fraud and anti-money laundering products to manage risk.
Not including Outsystems and Talkdesk, total VC investment in 2018 stood at €90 million with the average invested at €600,000 while Business Angels represented around €5 million with an average investment of between €250-300,000.
In his opening speech representing the Government, João Torres, Secretary of State for Consumers Rights said that around 800 companies from 83 countries had already applied to set up in Lisbon through the Startup Visa.
He also underlined that Portugal had been able to create a very positive ecosystem in which startups could proliferate.
“In the last few years we have been able to create a very positive ecosystem to support the creation, development and proliferation of startups, thanks to a lot of effort, and in particular the contribution from our former secretary of state, João Vasconcelos.
Filling in for the Minister of the Economy, Pedro Siza Vieira, Torres said that summits like the Lisbon Investment Summit 2019 symbolised “Portugal’s ability and the capacity of the Portuguese to put the country on the map as an important centre in the business world, new businesses that embraced the challenges today’s economy, but also the economy of the future.”
“Over the past three to four years the Portuguese have forged ahead with strength and intensity and this has been helped to a great extent, of course, by the Government being able to show very positive indicators from an economic development point of view” he said. 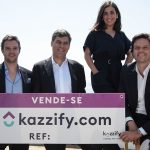 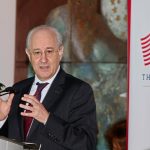 Opposition calls for lower taxes to boost investmentInvestment, News
This website uses cookies for a better browsing experience, in continuing browsing you're accepting their use. Read More