A Portuguese economist has warned that the Government’s plans to increase the national deficit by 1% to 2% would be folly.

Joaquim Miranda Sarmento argues in the daily online news source ECO that the measure would be foolhardy on the economic, financial and budgetary fronts and in terms of meeting EU budgetary deficit rules.
“The idea that Portugal should have a deficit of 1% or 2% is totally wrong for four main reasons: Economic – “budget deficits and public investment do not generate growth. Portugal, as a small open economy without its own monetary and exchange policy, cannot grow through Keynesian stimulation” he says.
Furthermore, “Keynesian” stimulation should occur in periods of recession, ensuring a pro-cyclical policy. Having a deficit of 1%/2% at the present time would be adopting a pro-cyclical policy; in other words “we would be expanding public consumption during a GDP expansion phase”.
The economist says that a 2% GDP deficit would mean that instead of having a €400 million surplus in 2019, Portugal would have a €4.2Bn deficit; in other words, the deficit would be €4.6Bn worse.
This would imply that public expenditure, instead of being 43.5% of GDP would actually be 45.7% of GDP.
“At the beginning of the parliamentary term, public expenditure was 44.8%. This would increase public expenditure by around 1.1 percentage points in a period of economic expansion, which would result in there not being any budgetary margin to play with when the economy goes into recession” he points out.
“We are making the usual mistakes of the past: State pro-cyclical expansion policies during a period of economic expansion, and then, when the crisis comes, returning to pro-cyclical cuts when the economy is in recession” explains Sarmento.
It is wrong from a financial reason because of Portugal’s public debt. If in 2018 and 2019 the debt had stayed at 2%, public debt, instead of being reduced to 125% in 2017 to 119% in 2019, it would have only gone down to 124% (In other words, it would have been break even instead of going down).
Portugal should, Sarmento says, “Take advantage of a period of the modest economic boom and very low interest rates to reduce its public debt as much as possible”. That is the only way, when the next crisis comes, to ensure that an increase in public debt will not again put the country at risk of having to ask for outside help from the IMF or Europe.
It is wrong from a budgetary point of view. “The idea that Portugal can have deficits at a phase in which the economy is expanding, in which unemployment has fallen to around 6%, and in which “windfall revenues” from monetary policy (interest and BdP revenues) are worth 2 percentage points of GDP, shows just how wrong the discussion on budgetary policy in Portugal is at the moment” argues Sarmento.
If Portugal had a 2% deficit in 2019, the structural deficit, instead of being 0.5% (in accordance to the EC) would be around 3%. The result — with a nominal deficit of 2% and a structural deficit of 3%, at the next crisis the nominal deficit would stand at around 5%-6%.
In other words, a deficit in 2018 and 2019 of around 2% would create an unsustainable budget situation over the next few years.
It is wrong because it would breach European rules. A deficit of 2% may comply with the rule of running a deficit of below 3%, but would not comply with the Medium Term Objective of having a structural balance of 0.
A deficit of 2% would not only put the structural deficit far from the MTO, but instead of reducing the structural deficit by 0.6 p.p/annum (the Minimum Linear Structural Adjustment), Portugal would have made its structural deficit worse by 1 p.p/annum over the last two years.
This would have led the European Commission in 2018 to impose penalties for running excessive deficits with all that would incur in terms of Portugal’s reputation on the international money markets and the consequential increase in interest rates on servicing Portugal’s debt.
“It is hard to understand why reputable economists in Portugal would ignore these facts by saying that the decision taken over the budget deficit over the past two years was wrong and discretionary. It was not wrong, because Portugal does not control economic cycles, interest rates and the monetary policy of the European Central Bank” Sarmento stresses.
Sarmento points out that the very fact that Portugal has an accumulated public deficit of 120% of GDP, to continue to run an imbalance in public accounts from a budgetary perspective makes the current policy pursued over the past two years the right one.
Instead, the economist argues that the Government can have balanced public accounts, with less taxes and more public investment and better public services by adopting policies (fiscal, labour, and cost-cutting policies in terms of bureaucracy and improving professional qualifications, all directed towards increasing the competitiveness of the national economy) which would promote economic growth.
“We have to have a State and Public Administration that is more efficient, with a management that is more professional with less waste and, finally, a clearer definition of priorities in public policies” Sarmento concludes. 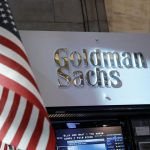 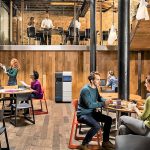 Konica Minolta unveils Workplace Hub in PortugalNews
This website uses cookies for a better browsing experience, in continuing browsing you're accepting their use. Read More