But the European Mechanism, which marshals Euro Zone spending and tries to ensure Member States remain within the GDP ratio of 3% laid down in the Stability and Growth Pact (an agreement among the 28 member states to facilitate and maintain the stability of the Economic and Monetary Union (EMU) has recommended “prudence” in the Government’s budgetary policies.
The EU says that Portugal’s public accounts are still not sufficiently robust for big public spending policies with increases in public spending for state sector workers or increasing the minimum wage.
However, in its annual report the EU institution did praise Portugal’s economic development since the crisis but has left recommendations.
“The burden of a high public debt continues to be an important vulnerability and its downward trajectory remains fragile owing to weak growth, budget fatigue and an ageing population,” states the mechanism led by Klaus Regling.
When Portugal requested the financial assistance from the troika, in which the European Mechanism was involved under the umbrella of the European Financial Stabilisation Fund, in 2011, Portugal’s public debt was around 111.4% of GDP.
It reached a historic peak of 130.6% in 2014 and has been going down ever since. In 2018 the debt stood at 121.5% and this year the Government expects it to fall to 118.6%. The European Stability Mechanism has acknowledged the fall but recommends caution.
“Prudent budgetary policies and structural reforms should be pursued to boost growth in the long term and increase the economy’s resilience to external shocks.
“The impact of spending policies such as reintroducing career progression in the public administration and respective salary increases or increases in the minimum wage should be studied with care,” it stresses. 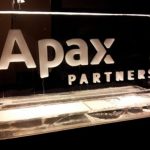 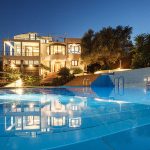