Portugal’s tax rates are the highest in the country’s history according to a top business executive.
“Portugal’s tax burden is huge and too high” says Manuel Violas. “The problem is that tax rates are high but citizens have to wait hours and hours in hospital casualty departments to be seen or have to wait hours to apply and get their citizens cards,” the CEO of Solverde Casinos told the online news site ECO.
In 2008, at the start of the financial crisis, Portugal’s overall tax burden was 31.7%. By last year it had risen to 35.4% according to the country’s National Statistics Institute (INE).
The Government has been arguing that growth in employment has generated more tax receipts and more revenues for social security (national insurance contributions).
The latest tax figures cover both direct and indirect taxes, as well as contributions to social security. However, one of the heaviest is the Municipal Tax on Property Exchange (Imposto Municipal sobre Transmissões de Imóveis (IMT), a tax which is levied when a house is purchased and from which receipts have risen 20%.
The overall tax burden has risen despite the fact that some taxes have fallen or been eliminated. The surcharge on IRS was scrapped, IRS tax scales have been reviewed while VAT charged on restaurants, cafés and catering establishments has been reduced from 23% to 13%.
The tax burden has to be seen against an overall backdrop of more manpower in the work market and increases in public and private sector salaries, creating more IRS revenues and social security payments.
Portugal’s high level of taxes has been strongly criticised by the right-wing parties in Portugal and the leader of the centre-right PSD party has promised, as part of his election manifesto, to slash taxes which puts pressure on the ruling socialist PS party to do the same if it wins the 6 October general election.
Manuel Violas says ideally the Government should decide to reduce certain taxes or a combination of all taxes. “If the company tax rates are lowered, companies will be able to hire more staff, even though we are enjoying a period of near full employment”. And if the IRS is reduced, it would, he says, increase people’s purchasing power. 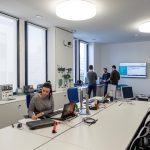 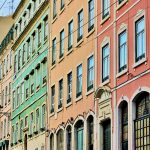