euroAtlantic in selloff negotiations with I-Jet

Portuguese airline euroAtlantic airways has admitted this week that it is “in negotiations” to sell the company to Luxembourg airline I-Jet Aviation.

The Portuguese charter airline which operates flights to Portuguese-speaking Africa destinations Guiné Bissau and São Tomé and Príncipe islands denied reports circulating in the Portuguese press that the airline had bene sold, but admitted that both parties were in a process of “negotiation with the goal of an eventual sale, with the sale not having yet been concluded for the present.”
In a communiqué sent to the press, issued after rumours of a sale, euroAtlantic airways explains that the “announcement issued by the Competition Authority was published under terms that are legally required, and was simply one of the many necessary steps involved in a transaction process of this nature.”
“We would again reiterate that no sale has been completed of euroAtlantic airways to I-Jet Aviation or to any other entity” states the press release.
I-Jet operates around 4,500 flights each year to over 1,500 airports around the world and 195 countries.
It describes itself as an international trip-planning and flight management company, specialising in providing regulatory authorisations and ground support services to aircraft operators around the world, also offering group and private charter.
euroAtlantic specialises in leasing, charter and cargo, operating from Lisbon airport and Sintra. 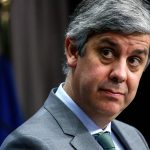 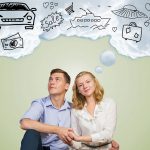 Personal loans at pre-crisis levelsNews
This website uses cookies for a better browsing experience, in continuing browsing you're accepting their use. Read More