Hugely supported by television station Sky News, the victims of the Premier FX foreign currency exchange collapse — that saw as much as €10 million seemingly vanish into thin air last year — are back.

Refusing to accept their situation, the men and women who claim they were ‘scammed’ by the company which had offices in the Algarve, Mallorca and UK, are demanding action.
They are convinced — and always have been — that crime is at the root of their plight and that it would not take a super sleuth to discover where the money has gone.
But instead of following the trail, regulatory authorities have seemingly let victims down.
Indeed, the text on a hard-hitting petition that is rapidly gathering signatures is that victims have been ‘disowned’ “by both banks and the police”. Pauline Creasey – a businesswoman who lost half a million euros when Premier FX closed its doors last July – says she believes this is a clear case of fraud.
She tells Sky’s crime correspondent Martin Brunt that she feels: “there were a lot of people looking the other way” as far as Premier FX conduct was concerned.
It’s a situation that: “should be investigated” not only by police, but the Financial Conduct Authority whose boss Andrew Bailey last year challenged the relatives and business partners of Premier FX deceased sole director Peter Rexstrew to ‘tell us where the money is”.
But, says Creasey, it would mean the FCA were “effectively investigating themselves over how they could have allowed this to happen”.
Martin Brunt says the watchdog knew Premier FX was operating outside its remit.
“Two years ago Premier FX was fined here in Portugal for operating unregulated,” he tells the TV camera. “The FCA was told about that but it took no action. The FCA went on to renew Premier’s licence months before it collapsed”.
Retired major Bill Bullock lost over €250,000 in the debacle, and he blames the FCA.
Interviewed by Brunt for the clip that accompanies the petition text, Bullock says the authority re-regulated Premier FX “without looking into exactly what was going on in the company”.
It has since been established by the FCA that Premier FX had been acting illegally. It was licensed to transfer money, but not to hold client funds, for which it had consistently assured its clients it was fully covered.
That police forces and regulatory bodies have failed to launch a proper investigation is “disgraceful and appalling” MP Charlie Elphinke tells Sky News. Elphinke has been a member of the Treasury Select Committee reviewing the work of the FCA.
He told Brunt that, in his opinion, it is time for a “national economic crime police force of dedicated people who are expert at fraudsters”.
The victims’ petition is clear: “Creating a national Counter-Fraud Agency with effective powers for arrest and repayment of stolen money by those criminal families who are living in our midst thinking they have got away with their evil fraud, or full compensation by the Regulators, will put a stop to much of this easy, lucrative UK crime. Please sign below Sky TV Crime Report link and help us get justice and protect future victims. 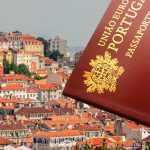 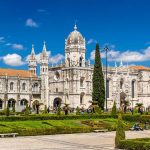 Tourism sector coolsNews
This website uses cookies for a better browsing experience, in continuing browsing you're accepting their use. Read More