Miguel Almeida has been appointed the new CEO of Cisco Portugal.
The appointment was announced by the US technology multinational this week.
Almeida, who has been with Cisco since 2005, replaces Sofia Tenreiro who left the company to join the advisory board at Galp Energia earlier this year.
Almeida was the sales and channel manager for Cisco Portugal, responsible for the Mid-market, Enterprise and Public Sector area between 2005-2009. Before working at Cisco from 2005 he had worked for McAfee Portugal and Azlan Portugal as director of sales.
“Miguel’s internal promotion brings in a vast experience in several critical areas and he has a strong career track-record marked by team motivation to offering innovation that has positively impacted clients and partners on a daily basis,” said Antonis Tsiboukis, Cisco Regional Leader for Portugal, Greece, Cyprus and Malta in South Europe”, in a communiqué.
“Miguel’s vision and his vast experience are a powerful combination that helps take advantage of tomorrow’s digital opportunity today in a secure way”, he adds.
Miguel Almeida also highlighted Cisco’s contribution towards fast-tracking digitalisation in Portugal which is one of the company’s core strategic pillars. His goal will be to “boost the digital future of our country” and to “help to improve economic, social and cultural development”.
Almeida, and his predecessor Sofia Tenreiro, have been among the voices that had most pressed for the need to encourage greater cybersecurity within companies, also spurred by the impact technology is having on changing companies and the knock-on impact on society and on the economy as a whole. 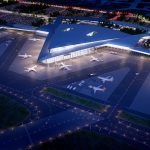 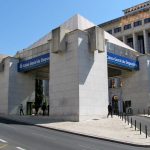 CGD profits increase 45% to €282.5M in first halfNews
This website uses cookies for a better browsing experience, in continuing browsing you're accepting their use. Read More