Environmentalists up in arms over airport

Environmental groups say that measures taken to offset environmental impacts of Lisbon’s planned second airport at Montijo are “a joke”.

Portugal’s Prime Minister, António Costa says that it is now waiting for feedback on the Environmental Impact Study to proceed with the Lisbon’s secondary airport, a project which he says is “irreversible.”
But the Wild Animal Protection Fund (Fundo para a Protecção dos Animais Selvagens (FAPA)) has classified recommendations provided so far to offset environmental considerations as “a joke” and “ridiculous” condemning the site selected as “disrespecting legislation”.
In a communiqué FAPAS states that the environmental impact for Montijo raises “many questions” because it is “superficial from an environmental point of view”.
But there are also issues from an economic point of view because the study is based on estimates that depend on variable traffic flows from tourism, from TAP’s disinterest in using the new airport altogether as well as not meeting the Government’s own targets announced recently to achieve carbon neutrality.
In addition to calling into question the premise “taken as read” that Montijo is the only viable solution, the environmentalists point out that the “choice of this location disrespects both national and European community legislation since the site is just six kilometres from the Tejo Estuary Nature Reserve and occupies a parcel of land on a Site of European Community Importance (SIC) on the Tejo Estuary and lies within the Tejo Estuary ‘Special Protection Zone’ (SPZ).
The offset measures proposed in the study to reduce the impact on the population of millions of estuary birds are “ridiculous” according to FAPAS which balks at the suggestion to “produce a Rescue Plan for Terrestrial Fauna”, and states that others, such as a plan to eradicate invasive exotic species are now a State obligation. 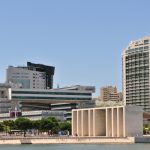 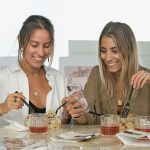 EatTasty in €1.1 million investment roundNews
This website uses cookies for a better browsing experience, in continuing browsing you're accepting their use. Read More