The state-owned company that runs Lisbon’s metro system Metropolitano de Lisboa is to sell a plot of land for development for an estimated €30 million price tag in 2020.

According to the business daily Jornal de Negócios, the six hectare site at Sete Rios is occupied by the former workshops and materials warehouses known as Parque de Materiais e Oficinas I.
The sale would be part of a strategy to offload non-strategic real estate property which would net Metro de Lisboa €30.2 million and give the transport operator a €9.8 million profit next year.
Metro has stated that it has already been drawing up a list of contracts “with public entities and licence holders to analyse the financial potential of its properties for development into housing and tourism projects”.
In addition to Sete Rios, the Metro also plans to sell off apartments and a shop, the proceeds of which would be used to finance the expansion of the Metro and purchase new equipment.
According to its activity plan for 2019, the states that the sale of the Parque do Materiais e Oficinas would result in an improved EBITDA of €1.8 million for 2019 to €36.8 million in 2020. 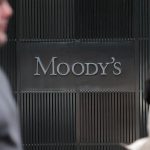 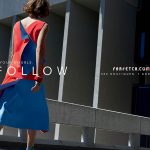 Farfetch purchases New GuardsNews
This website uses cookies for a better browsing experience, in continuing browsing you're accepting their use. Read More