Reditus grows 43% in first half

Reditus, one of the main Portuguese players in IT consultancy and services, with a national and international footprint, has seen profits soar by 43% in the first half of 2019.

The company, which was founded in 1966 and operates in Angola, Equatorial Guinea and Mozambique, registered profits of €86,000 compared to the €60,000 seen in the same period in 2018.
In the first half, the company led by Francisco Santana Ramos saw operational revenues fall back 30% to €12.4 million with reductions in all areas of the business.
Operation expenses fell 31% to a total of €10,3 million while EBITDA fell 21.8% to €2,05 million. The company’s EBITDA margin improved 1.7% to 16.6%.
“For the rest of 2019 the group expects to grow with a number of international projects in the pipeline”, states the company in a communiqué. 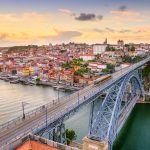 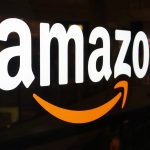 Amazon Web Services invests in LisbonNews
This website uses cookies for a better browsing experience, in continuing browsing you're accepting their use. Read More