2019 – Another record-breaking year in tourism?

Portugal’s tourism may not be growing as strongly as it once was, but it continues to grow nonetheless. In fact, one of the country’s main tourism organisations predicts that 2019 will be another “record year” for the tourism sector.

Speaking to Lusa news agency on World Tourism Day, the President of Portugal’s Tourism Confederation (CTP) said he is “not at all worried” about the fact that the sector is not growing as strongly as it has been in the last few years, stressing that since the start of the year up to July the country has seen a 7% increase in guests (over 20 million), +7% in guest revenue and +4% in overnight stays.
“I don’t think this is good, I think this is great,” said Francisco Calheiros. “Is it less than the 10% increase recorded in the past? Yes, it is obvious that it had to be. But it bothers me when people speak of a slowdown. We are growing less, but for how many years have we been growing in a row? One thing is certain: 2016 was a record year, 2017 was better than 2016, 2018 was better than 2017, and 2019 will be better than 2018 if the tendency continues.”
Calheiros also said that even if the country welcomed fewer people in August and September than in previous years, 2019 could still be another record year.
“August won’t be a very strong month for many reasons. The simplest is that some hotels in the Algarve have been completely booked, so how much can they grow? Nothing. It is easier to grow in the low season,” the confederation boss said.
He also praised the sector’s entrepreneurs whom he says have been “very resilient”.
“Our main market, the UK, dropped 7.5% last year because of Brexit. Imagine a company losing 7.5% of their clientele and still growing. This year, our second biggest client, Germany, fell over 6% and we are still enjoying our best year. In other words, in 2018 we saw a huge drop in the number of British holidaymakers and in 2019 we have welcomed fewer Germans, but we are still growing because we have welcomed more Brazilians, Canadians, Koreans, Chinese, and especially Americans.”
Calheiros praised national airline TAP for investing in air links to the US, as in just a few years the number of two countries soared from just 10 to 50 – “and soon there will be 70 weekly”.
As he points out, American tourists are important because they “spend more time and more money here”. (Michael Bruxo – Algarve Resident) 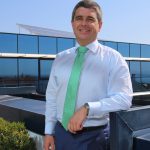 Proptech – how the digital revolution is modernising real estateNews 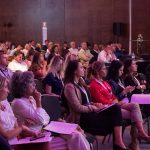 Algarve taskforce to explore region’s untapped potentialNews
This website uses cookies for a better browsing experience, in continuing browsing you're accepting their use. Read More