At the same time that Portugal’s Montepio mutual bank sold a portfolio of €321 million in Non Performing Loans, the bank has now sold €100 million worth of property to companies owned by Whitestar.

The bank, led by Dulce Mota, announced that it has sold a credit default portfolio worth €321 million to Panorama Jubilante owned by the Arrow Group which in Portugal owns Whitestar.
The sale of Atlas II was completed a few days before on 12 July after a competitive process which created a loss of €6 million for Montepio.
On 11 July, the bank sold the property assets company Façanha Cristalina for a total of €105 million states the bank’s financial report which was published on 5 October.
Unlike Atlas II, this portfolio called ‘Brick’ is still open since it is a process of deeds scheduling. As with Panorama Jubilante, Façanha Cristalina is a Portuguese company created through the government’s “Company in an Hour” service by which a new company can be registered at a notary within an hour.
This company is also owned by the Arrow Group and has a sole CEO, João Bugalho who is also CEO of Whitestar.
Montepio bank announced profits of €3.6 million for the first half of the year but the eventual impact of the operations have not been included in the half-year accounts.
On 30 June the bank had a 14.7% ratio of NPLs, 0.3% above the ratio it reported at the end of 2018. 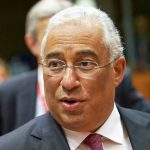 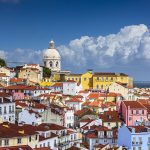 Portugal house price increases fourth highest in the EUNews
This website uses cookies for a better browsing experience, in continuing browsing you're accepting their use. Read More