ICOMOS, the International Council on Monuments and Sites, has issued concerns over mining licences applied for by an Australian company to mine gold, silver, copper, lithium and zinc in a 500 km2 area which is a UNESCO World Heritage site.

The applications for licences to mine the Upper Douro area which is on Portugal’s world famous wine route involves the districts of Alijó, Carrazeda de Ansiães, Pesqueira, Sabrosa, Torre de Moncorvo, Vila Flor and Vila Nova de Foz Côa.
ICOMOS Portugal, a non-governmental organisation associated with UNESCO, particularly regarding the upholding of the World Heritage Convention signed by the Portuguese state, has issued a warning that a licence for mineral prospection would have a negative impact on the fragile socio-economic balance of the region.
ICOMOS says that the effects of mining in the area would be “aggressive and irreversible” to the Douro World Heritage Site.
In a document which the news agency Lusa had access to on Friday, ICOMOS states that mining would mean the “prohibition of wine culture” which was a “key element for the classification of the Douro Valley Wine Route” and would not make sense to “maintain the classification of a territory that would cease to exist as a whole.”
The report goes on to affirm that in the Government’s granting of rights to mineral prospection, various landscapes of singular importance would be put at danger,” namely the Tau Estuary (Both on the Douro), the Favaios Highlands, the Castedo slopes and the Quinta do Vale Meão”.
According to ICOMOS, the State, “Should have already issued a heritage site environmental impact report as part of the intention to grant the mining concession” and calls for an urgent public hearing involving the populations of the affected areas who have a direct interest in safeguarding the conservation and valuation of the heritage assets.”
The application to mine the areas involved currently being studied by the government has been applied for by the company Fortescue Metals Group Exploration.
FMG is an Australian iron ore company, the fourth largest iron ore producer in the world after BHP Billiton, Rio Tinto and Vale.
In 2017 Fortescue announced it was looking to diversify its portfolio by exploring for metals and minerals in South America and other parts of the world with gold, copper and lithium highlighted as commodities of interest. Portugal is one such overseas territory which is currently of interest to the company. 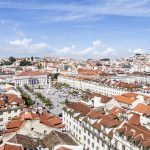 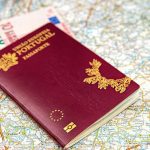 Government could limit property Golden VisasNews
This website uses cookies for a better browsing experience, in continuing browsing you're accepting their use. Read More