House prices in Portugal are set to rise by 4% in 2020 according to a report from the financial ratings agency Moody’s published this week.

For 2020, for new sales in Portugal, despite “some decline” in gross mortgage loans,” the ratings agency predicts that: “applications for mortgages will remain unaltered”.
As for pending loans, Moody’s expect “a stable collateral performance” in 2020 and a strong inflation in housing prices (4%) even if lower than in previous years, and “robust consumer confidence” and also predicts that unemployment will fall slightly to 6%.
In Portugal the agency is also expecting the further securitisation of debt and credit notes in sellable portfolios of non-performing loans.
“The additional activity is partly down to refinancing between entities that acquired credit portfolios,” states Moody’s.
In an evaluation which also looked at Ireland, Holland, the UK and Spain, the agency estimates that: “despite a moderation in house price inflation, the increase in house prices will support the potential recovery of default loans via Residential Mortgage-backed Security agreements (RMBS).
Moody’s also assorts that the “current maintenance of low interest rates will be positive for RMBS credit transactions taking into account the high level of consumer debt in some markets.”
“However, the expectation of lower interest rates for a longer period of time has led to weaker quality of new credit and a freer bond subscription in some segments”, according to the agency.
“The cheap cost of financing through credit loans and greater competition has led to some niche lenders being more vulnerable to economic shocks” concludes the report. 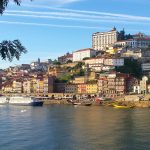 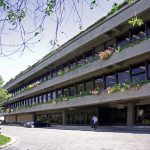 Mergers and acquisitions worth €8.4Bn In PortugalNews
This website uses cookies for a better browsing experience, in continuing browsing you're accepting their use. Read More