TAP to fly to China soon

The President of the Board of TAP, Miguel Frasquilho, said on Tuesday that the Portuguese airline would start flying to China in a medium term timeframe.

“This is very much my conviction. As is known, I was once the President of the Portuguese overseas trade and investment agency AICEP and know full well the dynamism that Asia has, particularly China” he said adding that it wouldn’t come overnight but would happen in the medium term.”
Miguel Frasquilho was speaking on the sidelines of the Shopping Tourism and Economy Summit which took place this week in Lisbon.
“We are presently interested in consolidating and growing in the Atlantic, which is our natural space: the United States, South America, Africa and Europe. Asia will come, in time,” he added.
Miguel Frasquilho believes that the “numbers speak for themselves” since the number of Chinese visitors to Portugal has increased by two digits year-on-year for the past eight years.”
“This year we will certainly surpass 350,000 Chinese visitors which is a benchmark never before achieved. To maintain this rate the conditions will have to be created so that one day we have direct flights to Asia, and in this case to China,” he added.
The CEO of TAP said it made economic sense to do so. In October Frasquilho has ruled out inaugurating direct flights to China in the near future and indicated that the company had been presently focusing on other markets. 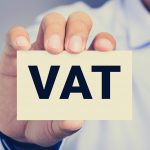 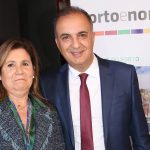 Porto and the North of Portugal highlighted at 2020 Lisbon Travel FairNews
This website uses cookies for a better browsing experience, in continuing browsing you're accepting their use. Read More