Despite Brexit numbers of Portuguese emigrating to UK continue to rise

The UK’s social security system has registered 23,000 Portuguese citizens over the past 12 months.

Over the past 12 months the National Insurance system in the UK has seen a rise of 27% in Portuguese signed up: 23,570 compared to 18,494 like-for-like on the previous year.
The increase in numbers fly in the face of statistics seen after June 2016 when the United Kingdom voted in a referendum to leave the European Union and emmigration figures from Portugal fell.
The downward trend from 2016 began to invert in the last quarter of last year (2018) according to British Government statistics which placed Portugal as the European Union country which saw the biggest increase in emigration to the UK and the third in the world. 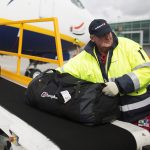 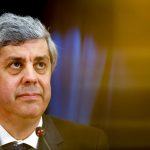 Centeno diverts millions from Bank of PortugalNews
This website uses cookies for a better browsing experience, in continuing browsing you're accepting their use. Read More