Tourism is picking up as both countries’ political and economic systems have become more stable according to a report in the business title Africa Capital.
Africa now only lags behind the Asia-Pacific region with regard to the rate of growth in tourism, benefitting from an overall greater political stability on the continent.
Cape Verde is expected to see more than one million visitors in 2021, but Angola and Mozambique are still extremely expensive countries and lack adequate management, qualified staff, and hotel structure to receive tourists.
Guiné Bissau is still largely off the radar because of military instability, while the islands of São Tomé and Principe still do not have adequate infrastructure to support a more dynamic tourism industry.
Even so, one of the largest international increases in tourism revenues is in Africa according to a report from the African Union Development Agency which has begun promoting the continent as the ‘Destination for the XXIst Century’.
And according to statistics published by the World Travel and Tourism Council (WTTC) in 2018, the number of tourists in Africa grew 5.6%, an above-average increase compared to the rest of the world.
In actual numbers this translates as over 67 million tourists who visited the continent that year, which until then had traditionally not been a magnet for tourism because of political and economic instability.
In 1990, for example, African countries only received only 6.7 million visitors in all as wars, famines, crime and disease kept tourists away.
Mozambique
Mozambique has some of the most stunning beaches on the continent – a fact that is now being covered by some specialist travel and tourism magazines.
Tourism is expanding in the country, particularly in and around the capital Maputo and the paradise beaches stretching either side of the city. Most of the Portuguese hotel chains have invested in Pérola do Índico which benefits from its proximity to South Africa, while the Gorongosa Natural Park in the country’s heartlands has contributed towards Mozambique’s recovery in prestige as a high potential tourism destination.
Angola
Now Angola’s civil war is far behind it and despite corruption, crushing poverty and over-reliance on the oil industry, the country has immense investment potential for tourism because of its stunning scenery and rich wildlife, but requires massive infrastructure projects to maximize this potential.
The country is going in for eco-tourism, particularly in the Iona National Park in the south of the country, and in water sports at Cape Ledo around 120km from Luanda. Other tourism hotspots could be Mussolo Island off the coast at Luanda, or Restinga at Benguela, and international hotel chains are studying potential investments in the country.
Both Angola and Mozambique have made considerable efforts to attract tourists, reducing the need for visas for short-stay holiday visits, however the lack of hotels and qualified staff continues to be an obstacle to serious tourism growth.
São Tomé and Príncipe
Has been attracting well-heeled tourists for years, but in small numbers due to its limited hotel offer.
São Tomé and Príncipe offer political stability and have a few high-quality resort hotels but needs investment in infrastructure to encourage a greater flow of tourists, while its São António port on Príncipe needs modernizing and the airport needs larger and more modern infrastructure such as terminal buildings. Furthermore, the island country has energy and water supply deficiencies.
Annually, the islands welcome around 30,000 tourists, one-third of whom come from Portugal, attracted by its tropical island forests and unspoilt golden beaches. In 2018 it saw a 7% increase in visitors like-for-like on the previous year.
Cape Verde
Certainly the most successful of the Portuguese speaking African holiday destinations, largely because of its varied offer on different islands, its golden sandy beaches and geographical location on the route to three continents.
Cape Verde is seeing increasing demand. In 2019 alone its hotels welcomed over 600,000 guests while the total islands offer stands at 3.7 million beds. Tourism grew 7.5% in 2017 with the Ilha do Sal responsible for almost one half (48.4%), followed by Boa Vista (29.8%) and Santiago (11.6%). Portugal and the United Kingdom are its biggest markets. By 2021 the country is set to receive around 1.1 million tourists.
Guiné Bissau
Political and economic stability is a big problem for this small Portuguese-speaking country which has been blighted by military upheavals. Despite this, there have been foreign entrepreneurs buying large parcels of land on some of the 88 islands which make up the beautiful archipelago of Bijagós – many of them uninhabited and relatively forgotten. 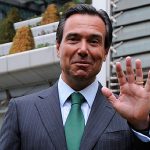 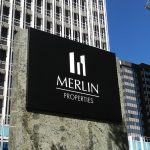 Merlin to launch on stock market in 2020News
This website uses cookies for a better browsing experience, in continuing browsing you're accepting their use. Read More