The UK-educated businesswoman’s assets and accounts have already been frozen in Angola and for now the process does not include her shares and interests in Portuguese companies, but the Angolan Attorney General is considering the move.
“If there is a need to do so then we will do so through the cooperation agreements with Portugal”, stated Álvaro João, spokesperson for the Angolan Attorney-General’s office.
Isabel dos Santos says she is completely innocent of any wrongdoing and is already launching a legal fight against the asset freeze in Angola, accusing the current Lourenço government of a political ‘witch-hunt’.
The entrepreneur is Africa’s richest woman and the daughter of former president Eduardo José dos Santos.
In a telephone interview with the Financial Times after what she referred to as having experienced “a stormy few days” dos Santos said she was preparing a legal challenge against what she called a bid by João Lourenço to break up her businesses and “erase the legacy of the 38-year presidency of her father, José Eduardo dos Santos.
An Angolan court ordered the freeze last week to recover more than €1Bn in state loans that prosecutors have alleged dos Santos borrowed and failed to repay.
According to Forbes, the tycoon has a personal fortune of €2.2Bn and has large stakes in Angola’s biggest private bank, its largest telecoms company, a supermarket chain, a brewery and other holdings.
Isabel dos Santos has been widely criticised in the Angolan and African press as being a “princess” but retorted: “I don’t know many princesses who get out of bed and build supermarkets.”
When João Lourenço became President of Angola in 2017, he removed Isabel dos Santos as head of Sonangol, the state oil company and sacked José Filomeno dos Santos, her half brother as head of a €5Bn sovereign wealth fund.
This week it was announced that dos Santos and her family had fled to Dubai and says all the allegations against her are utterly false.
“We have not had loans from the state, we have had loans from private banks”, she said and denies she owes her wealth to her father’s nearly four decades in power, during which Angola went from civil war to Africa’s third-largest economy and a major recipient of Chinese investment.
Dos Santos also alleges that the Angolan security services had hacked her businesses’ computer servers in Portugal and had “forged and falsified” evidence against her.
In Portugal, Isabel dos Santos holds assets in Efacec, Nos, Galp and Eurobic. 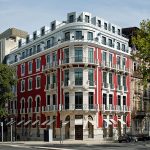 Portugal’s commercial property market enjoyed a buoyant year in 2019 with around €3Bn transacted.News 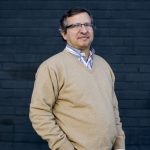 Economy to slow in 2020 says ForumNews
This website uses cookies for a better browsing experience, in continuing browsing you're accepting their use. Read More