The Portuguese Government is to tighten up the tax allowances made to overseas non-habitual residents who chose to spend 180 days or more living in Portugal.

Now, overseas pensioners from countries like France or the United Kingdom will now have to pay a minimum tax bill of €7,500 of Income Tax (IRS) per annum.
The measure will apply to new applications for NHR status but could be extended to those who are already registered under the regime.
It means that the Socialist Government of António Costa is sending out a clear message that Portugal can no longer be considered a ‘tax El Dorado’ or the ‘Florida of Europe’.
In recent years, there has been an uptick in the number of US, UK, French and Scandinavian pensioners who have chosen to move to Portugal and find their place in the sun taking advantage of a generous 10-year tax break.
In future, NHR retirees will lose their double IRS exemption and will be called upon to pay a flat tax of 10% a year on their earnings with a minimum to pay of €7,500 per annum.
The proposal will be presented to Parliament by the PS party MPs during a debate on the State Budget of 2020 with the aim of appeasing a torrent of criticism on these tax benefits while on the other hand not scaring off wealthy foreigners from applying for a regime which has brought in a lot of money indirectly from property purchases, legal, tax consultancy and accountancy fees and VAT.
The proposal is currently being drawn up by the Ministry of Finance. According to the weekend newspaper Expresso, the NHR regime has attracted criticism overseas from Sweden and Finland which have both pulled out of tax agreements with Portugal so that they do not lose tax income from their elderly citizens.
Within Portugal, far-left parties such as the Bloco de Esquerda has been dead set against the NHR scheme stating that it is unfair on Portuguese pensioners who cannot apply and have no tax sweeteners on their pensions.
NHR has bee described by the international accountancy consultancy PriceWaterhouse Coopers as “Europe’s best kept secret.”
On its website the company says that Portugal is “a very attractive location” for investors “that surpass other regimes in many ways.” 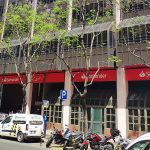 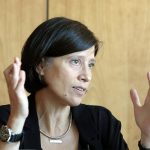 Portugal’s debt agency in short-term bond issueNews
This website uses cookies for a better browsing experience, in continuing browsing you're accepting their use. Read More