Portugal’s judicial police PJ carried out searches on Thursday at Montepio bank and mutual association and BNI Europa over allegations of fraud and money laundering.

The searches followed the issue of 15 search and seizure warrants as part of an inquiry opened in 2015 by Portugal’s criminal investigation department DIAP in Lisbon and which relate to “facts capable of indicting the practice of qualified fraud, capital laundering and qualified tax evasion,” states a joint statement from the PJ and the Public Ministry.
“The searches underway are at bank institutions, the headquarters of an association, at the headquarters of companies and the homes of bank clients” said a joint police (PJ) Public Ministry communiqué.
The targets of these searches and seizures are a “number of clients of financial institutions and their holding entities in order to collect proofs regarding bank operations undertaken by clients between 2011 and 2014, as well as documentation related with these operations.”
Montepio and BNI Europe confirmed that it was the target of searches at its premises but BNI Europa said it was not mentioned in the legal case that led Public Ministry and police officials to its headquarters in Lisbon.
“The Banco BNI hereby confirms the presence today, Thursday, 16 January, 2020 of members of the Public Ministry (DIAP Lisbon Region), the Judicial Police (PJ), the Tax Administration and the Bank of Portugal at our headquarters in Lisbon,” states a communiqué released that afternoon.
The bank held by Banco BNI Angola also stated that it was not mentioned in the case in question” and is “cooperating, as is its obligation, with the authorities.”
In the period in question, Montepio was led by Tomás Correia who stepped down as chairman on 15 December 2019 after 11 years.
Correia told the media that he didn’t have the “slightest idea what the searches were about” and added that he was not “a suspect” in the case. 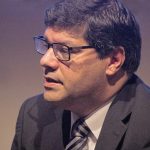 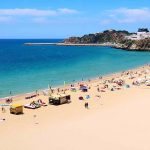 Algarve’s boom in luxury hotelsNews
This website uses cookies for a better browsing experience, in continuing browsing you're accepting their use. Read More