The consultancy Fitch Solutions says that Angola’s high level of corruption will make it difficult for the country to attract investment.

Fitch Solutions says that Angola should maintain it reform programme over the coming quarters and continue its fight against corruption.
Angola, a country which is basically a mono-export dependent economy (oil) has sen its fortunes rise and fall dramatically in line with the price of oil from an 8% GDP high in 2012 to a crushing -3% GDP in 2016 and a flatlining economy of 0% GDP in 2019.
In a note on the Angolan economy in 2020, Fitch Solutions warns that the “effectiveness of these reforms in attracting Direct Foreign Investment will be limited because of continued perceptions about corruption and weak macroeconomic conditions” in a country that has been a recession for five years.
According to the consultants, there is a risk that these negative economic conditions, which include not only economic recession but also an increase in inflation and poverty, could increase social unrest.
“We would emphasise the potential for more social discontentment fuelled by a high level of unemployment and inflation as the main risk to the policies implement” states the report which was sent to clients.
“The Government will continue to present measures meant to improve investment confidence; despite setting out ambitious targets which are difficult to meet, we believe that measures like the privatisation of 1995 public companies between 2019 and 2022 and the while defining the responsibilities of oil company Sonangol will be viewed as positive by investors,” add the analysts.
However, improvements in investor confidence do not compensate for the difficult operational environment and the weak macroeconomic conditions.
“Angola will see its fifth consecutive year of economic recession in 2020 due to low oil prices and a decline in production which negatively influence exports and tax receipts” say the analysts who also stress the weak purchasing power and 44% devaluation of the kwanza since January 2019 as negative factors.
There is also an increased risk of demonstrations reflecting the failure of the João Lourenço government to deliver his election promise of an economic miracle in 2017. 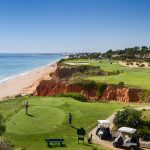 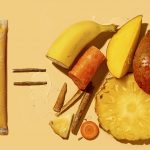 Kencko is to launch a colour-coded power food supplement in US.News
This website uses cookies for a better browsing experience, in continuing browsing you're accepting their use. Read More