Isabel dos Santos created offshore on the Isle of Man

An Angolan tycoon wanted for embezzlement in her own country opened an offshore company on the UK’s Isle of Man tax haven.

Isabel dos Santos, who channelled million of dollars from Angola’s state-run oil company Sonangol in 2017, created the offshore on the island located in the Irish Sea between the UK and Ireland in 2014, employing legal services from an agent from the office of Portuguese law firm CMS Rui Pena & Arnaut.
CMS was hired by the Portuguese company Fidequity (owned by Isabel dos Santos) to provide legal advice into setting up an offshore company whose ultimate beneficiary was Isabel dos Santos.
However, a year after being set up under the name Silaba Real Estate, a staff member questioned CMS about a deposit of $US50 million (€45 million) reported by bank BPI, requesting information about the origin of the funds, their destination, to whom and for what.
One of the partners at CMS who was closely involved with the Man project was a certain Patrick Dewerbe, a tax consultant who, according to Luanda Leaks, invoiced Fidequity at the end of 2015 for €7.500 for advice regarding Silaba (which was wound up in July 2016).
In a statement to Expresso newspaper, Patrick Dewerbe said that in relation to the offshore on the Isle of Man, “All requirements such as due diligence were strictly complied with” so as to identify the end beneficiary of the company. 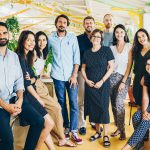 Proptech expands to North of PortugalNews 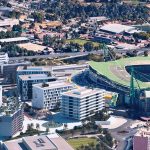 Shelved plans for new Lisbon metropolis dusted downNews
This website uses cookies for a better browsing experience, in continuing browsing you're accepting their use. Read More