Portugal plans to restrict tax exemptions for some overseas residents and change its Golden Visa programme it has been announced.

The current PS socialist government led by Prime Minister António Costa has introduced the changes as part of its State Budget 2020. It means that the changes are likely to reduce Portugal’s appeal to non-EU citizens looking to invest in Portugal via the Golden Visa scheme as well as pensioners from the EU looking to move, work or retire in Portugal under its Non-Habitual Residents tax scheme.
The suggested changes will increase the tax rate on the pensions from EU overseas residents from 0% to 10% while limiting the issue of Authorisations for Residency through Investment (ARI) or Golden Visas to property purchases outside Lisbon and Porto.
The changes reflect pressure being brought to bear on the Government by the European Union over “discriminatory tax regimes” and visa schemes that offer EU residency and other benefits in return for property purchases and other investments.
Other proposals would increase taxes on earnings from performance fees and royalties from 0% to 20% for NHRs.
The changes, which will come into force from March, are likely to be passed by Portugal’s parliament when the proposals are voted on next week. They will not apply to those already using the NHR tax breaks.
According to the Financial Times which interviewed a local law firm Abreu Advogados, “the zero per cent tax that Portugal applies to cross-border pensions is not sustainable in today’s world” quoting Nuno Cunha Barnabé, a tax partner at the law firm.
“But taxing royalties and performance fees will put off the kind of people (like Madonna) who have helped put Portugal on the map.”
The tax increases on the overseas pensions of NHRs follows complaints from Finland and Sweden that, when combined with bi-lateral tax treaties, the scheme results in an effective zero tax rate on private pensions.
Portugal’s Golden Visa scheme has also come under fire from certain sections in the European Parliament which consider them an open invitation to money laundering with Portugal accused of not undertaking sufficient due diligence to ascertain the origins of the investment.
Supporters of the Golden Visa programme say that it contributed to kick-starting Portugal’s ailing property market which was at a standstill during the economic crisis that hit the country between 2008 and 2014.
Between 2012, when the scheme started and last year, Portugal issued more than 8,200 Golden Visas of which more than half went to Chinese citizens. Although the visas can be granted for job creation and some other projects, property purchases account for more than the €4.5Bn of the investment out of the €5Bn netted by the programme. 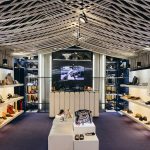 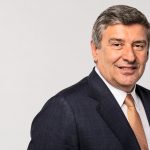 Cofina/Media Capital: Shareholders to discuss TVI purchase todayNews
This website uses cookies for a better browsing experience, in continuing browsing you're accepting their use. Read More