The Angolan Attorney-General has dismissed rumours that the Angolan authorities are negotiating with tycoon Isabel dos Santos for the return of millions of alleged stolen money from state-owned oil company Sonangol.

The legal body headed by Hélder Pitta Grós ruled out a story printed in the weekend newspaper Expresso which suggested that in return for returning the alleged stolen million, the Angolan authorities would drop their international arrest warrant and criminal charges against the tycoon.
“There are no negotiations currently underway with citizen Isabel dos Santos and her representatives regarding the cases (criminal and civil) that are proceeding against her,” states a communiqué released on Sunday.
In the same press release, the Attorney-General accepts that it is aware of the release of some information by the media suggesting that the attorney-general has been carrying out negotiations with Isabel dos Santos or her representatives, as part of the legal processes underway, in which it wishes to state the truth to both the international and national community that it is not the case.
“The Attorney-General is not taking any position, demonstration or act in respect of any kind of negotiation initiative with citizen Isabel dos Santos and as the authority responsible for the preparatory legal instruction in the criminal and legal cases, continues to exercise its role in the cases underway against the aforementioned citizen” it states.
In the Saturday edition of Expresso, the newspaper stated that Isabel dos Santos was negotiating with the Attorney-General of Angola for the return of the money after having been made a legal suspect in a case that is investigating her activities as a businesswoman and daughter of ex-president José Eduardo dos Santos and that she had become rich at the expense of Angolan public money.
The newspaper spoke of the eventual return of €193 million related to an operation that had enabled Isabel dos Santos to buy a capital share of Portugal’s oil and gas energy company Galp and a business deal involving a further $US146 million in the diamond company Sodiam, and a further US$ 38 million taken from a Sonangol account and allegedly transferred after Isabel dos Santos had been dismissed as CEO of Sonangol.
The alleged thefts were revealed by the release of thousands of documents obtained by the hacker Rui Pinto and investigated by the International Consortium of Journalists (ICIJ) which exposed the suspicious dealings of Isabel dos Santos and her husband in a case which has become known as Luanda Leaks. 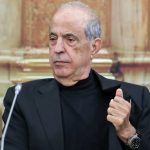 Berardo in appeal against artworks seizureNews

Santander Totta rules out EuroBic acquisitionNews
This website uses cookies for a better browsing experience, in continuing browsing you're accepting their use. Read More