Trump and the US elections — a disruptive but not transformative president

With the US elections on the horizon, Alan Draper, Professor of Political Science at St. Lawrence University, Ambassador Francisco Seixas da Costa, former Permanent Representative of Portugal on the United Nations and political analyst Nuno Rogeiro author of the book ‘The Donald Pact – Trump: New contract with America or fraud?’ take stock of the likely outcome on November 3, 2020.
Regardless of whether Donald Trump wins or loses the elections in November this year, either the normal conduct and decorum that has defined gentlemanly competition in US politics will snap back into place or continue to be reduced to gang-style street fighting. If he loses the election, Trump is unlikely to be the kind of ex-president that the US political establishment turn to for advice and leadership business leaders heard at an event organised by the American Chamber of Commerce in Portugal with the American Club of Lisbon last week.

The 2016 election
Professor Alan Draper examined the 2016 election that made Donald Trump president, the mid-term elections in 2018 which displayed the uniqueness of US politics and described the significance of the Trump presidency, and anticipated the results of the electoral college in 2020 and how it would influence the selection of the next president.
“In the 2016 election, Trump did not introduce disruptive change to the American party system although among the electorate he did signal “deep wells of racial resentment, xenophobia, economic anxiety and authoritarian attitudes among American voters”.
In fact, he actually lost the election. Hillary Clinton garnered 3 million more votes than Trump. Clinton got the same amount of votes as Obama did in 2012. In other words, there was no decline in support for the Democratic Party and there was no significant realignment of voters either. Parties rarely win a third term in office in the US and Trump’s victory can be attributed to “voter fatigue” against the Democrats.
Instead, Trump won key states by the smallest of margins – Michigan, Pennsylvania, Wisconsin and by less than 1% of the vote. Pre-election polls found more ‘undecideds’ who voted for Trump late in the race – more than at any time since 1980.
As one voter said, “I prayed about it a lot, I got in the booth and prayed some more, I voted for Donald Trump and then I prayed to God for forgiveness.”

(The House of Representatives)
These elections did not consolidate Trump’s 2016 victory, but revealed how fragile it was. The Democrats gained 40 seats in the House of Representatives. The scale of the Republican defeat in 2018 was considerable — the House Democrats won the largest percentage of the vote since 1974 – 8.6%.
“Democrats took back the House without turning left. Progressives did not flip a single seat. None of the Democrat first-year congress members who actually turned Republican districts ‘Blue’ ran on promises of a Green New Deal, Single Payer Universal Health Care or the Abolition of ICE (Immigration and Customs Enforcement). The election of moderate Democrats created the new Democratic majority,” Draper pointed out.

(The Senate)
The Dems lost two seats in the Senate in 2018 but had to contend with a very unfavourable map – 26 Dems were up for re-election compared to only nine republicans. Ten democrats had to compete in states that Trump won in 2016, while only one Republican had to run in a state that Clinton had carried two years earlier.
“One can see a recurrent pattern where voters give a party unified partisan control as happened with Trump and the Republicans in 2016, and then take it back in the next election, as if voters are expressing ‘buyers remorse’” — a phenomena which happened to all three preceding presidents: Bush, Clinton and Obama.
“It’s as if voters put all their chips on one party and quickly regret doing so and the centre in American politics reasserts itself and the normal position snaps back” said Alan Draper.
“I stress this point because I fear that non-American audiences have heard too much about the polarisation of American politics. How Democrats and Republicans are more partisan and hostile to members of the other party, even to the extent that mixed marriages between Dems and Republicans are declining, people are less likely to choose friends who identify with a different party, and even people find people less attractive because of their partisan identification”.
Draper said that what is truly unusual about US politics today is not only the extent of its polarisation, but competitiveness. This is not normal. Historically it has been the case throughout history that one party has always been dominant. US politics had always had a ruling party, but not now. Instead, the balance between the parties is pretty even. There are now more frequent turnovers in the House and the Senate. Parties enjoy thinner majorities in both chambers than in the past, and presidential elections have been closer both in terms of the electoral collage and voters.
“Competitiveness matters because it changes the incentives for politicians. When parties are competitive, politicians are more like to focus their attentions on winning, not governing. It drives partisanship and it discourages bi-partisanship and we are likely to see more of this,” said Alan Draper.

The Trump Presidency
Trump entered office as the least popular and most polarising newly elected president on record and he has given people little reason to revise initial views.
Even more than was the case in 2016, the electorate seem to be divided between those who loathe Trump and those who loathe the people who loathe Trump. He has been a disruptive but not transformative president.
“In terms of legislation he doesn’t have much of a record to take credit for: a major tax bill, a trade bill, a minor crime bill and that’s largely it”.
“Trump’s domestic programme has been blighted by his administration’s incompetence, media exposés, bureaucratic obstruction and court rulings,” said Draper.
The real threat of change that Trump poses was never in terms of policy, but in terms of political norms. His violation of previously accepted standards of civility and presidential decorum. Trump threatens to define deviance, that is behaviour that was previously stigmatised is now in danger of being tolerated.
Behaviour that was considered abnormal by an earlier standard is now in danger of being accepted as legitimate. The fear is that this will become a permanent consequence of his presidency, with a political discourse that becomes more vulgar in bi-partisan conflicts that are cut-throat.
“Once this genie is out of the bottle, once political conflict descends to street fighting, it’s hard to put it back unless the voters penalise you for breaking norms and we will have to see if voters penalise Trump for his norm-breaking in November 2020,” Professor Draper concluded.

The 2020 Elections
Draper pointed out that it is very hard to defeat a sitting president running for a second term. The last time was in 1992. In 2016, no president was elected with approval ratings as low as Trump’s and no president was ever defeated with an economic record as good a Trump’s.
The competitive 50/50 battleground swing states of Nevada, Colorado, Iowa, Ohio, Virginia and Florida could be up for grabs for either party. Arizona, Georgia and North Carolina are not so ‘deep red Republican’ as they were in 2018 – they are now in play.
There are states that are not so ‘true blue’. They are Michigan, New Hampshire and Wisconsin. In 2016, Trump won all of the ‘competitive states’ except New Hampshire. Michigan is a probable Democratic state for 2020.
“I’m not sure where Democrats are going to find sufficient votes to get 270 electoral college votes in those other competitive states” he said. Donald Trump, whose base is now smaller, needs to do very well to get to 270 votes in the competitive states”.
In fact, Trump needs to win Ohio, Florida, North Carolina and Georgia – he cannot afford to come out even in the 50/50 states. He needs to do very well in them. And according to Alan Draper there is only one state that matters – Florida.
“For Donald Trump I don’t see a path to 270 that doesn’t include Florida. Florida has 29 electoral college votes. It’s going to be hard for Trump to get that 270 given how small his Republican base is without it.”
Europe and China
Ambassador Seixal da Costa pointed out that Europe cannot be indifferent to Donald Trump’s second election since he has initiated a policy of “hostility to Europe and the European Union” and not being very clear about the way he wants to deal with Europe while even creating problems in some areas that had been already agreed with Europe such as the nuclear agreement with Iran.
“It looks like the United States has found someone in Trump who is disruptive to the international order that the US itself had created after World War II” he said, adding that it would have an impact on how the EU would behave towards the US after Trump.
Nuno Rogeiro on China said that Trump had applied to Chinese relations all that he had learnt as a business negotiator, while in policy he behaved differently. In fact, he treated his foreign policy dealings like real estate deals. “In trade he is discussing everything and dismantling everything although most of his level playing field demands actually make sense.”
“It is such an irony, that with European leaderships crumbling everywhere, that if Trump wins the next four years he will end up being the most consistent and longest-serving western leader at the end of the next four years except Canada’s Trudeau” said Rogeiro.
“All the presidents before, even when they lost elections, had a certain grip on their party and were considered as senators, leaders and advisors. If Trump loses, no one is going to turn to him for advice — the spell will be broken,” he concluded.

The event was organised by the American Chamber of Commerce in Portugal (AmCham) which supports entrepreneurs who want to do business in the US and Portugal. AmCham celebrates its 70th anniversary in 2022 and whose current mandate rests on four key pillars: Digital and Technology, Environmental Sustainability, R&D and Education and Health & Tourism. The event was a co-participation with the American Club of Lisbon (ACL) and Fulbright and sponsored by Alliance, Boyden and Miranda. 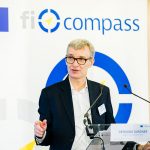 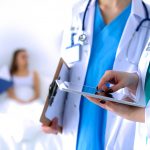 Portugal offers subsidised post-Brexit healthcare for UK touristsNews
This website uses cookies for a better browsing experience, in continuing browsing you're accepting their use. Read More