The CEO of Novo Banco, which has applied for a massive billion euro cash injection, announced today that the bank had a “watershed year” in 2019.

Presenting the bank’s yearly results for 2019, he said that last year was important in terms of its restructuring.
The bank is trying to get its accounts in order with the money from the Portuguese banking sector and state-managed funds in preparation for its probable sale next year to another established bank in the market with Spanish banks Santander and Abanca both rumoured to be in the running.
In a letter sent to the President of the Finances Budgetary Commission, Filipe Neto Brandão, Mr. Ramalho said that last year’s results held a “special relevance” representing a full stop to “a period in which Novo Banco had to meet a wide number of commitments laid down in the agreement signed between the Portuguese State and the European Union at the time of its sale”.
Mr. Ramalho said that the “current annual accounts for 2019 represent an important step in the restructuring process began in 2017,” when the bank was sold to the US vulture fund Lone Star.
This meant viability commitments that the bank had to fulfil by the end of last year and would ensure these were met without closing branches or staff redundancies.
António Ramalho said he was available to explain Novo Banco’s accounts to MPs by stating, “I again extend my commitment to be totally available to explain the evolution of the Novo Banco restructuring process to 2019”, he said in the letter to Filipe Neto Brandão.
Novo Banco once again had significant losses in 2019 which will force it to apply once again to the contingent capital mechanism known as the Resolution Fund agreed between the EU and the Portuguese State in 2017.
Luís Máximo dos Santos, President of the Resolution Fund that holds 25% of Novo Banco revealed on Wednesday that Novo Banco will apply for €1.037Bn from the fund.
There have been various criticisms over the past two years that the idea that the money used to recapitalise Novo Banco would not cost the taxpayer a penny is fallacious. In fact, detractors, including several financial analysts, claim the money comes from the State Budget and will be paid back over 30 years. In other words, the taxpayer has effectively bailed out the bank with a long-term public loan.
Some of the original bailout cash, it is rumoured, came from an EU loan in 2011 of €78Bn whose objective was to bailout the Portuguese economy. Of this loan, billions were spent directly on recapitalising and restructuring many of the nation’s banks. However, as far back as 2017 there were widespread rumours that the money in the Fund had run out and it had to appeal directly to the Government and the State Budget to find the cash for Novo Banco which was created from the ashes of failed bank Banco Espírito Santo in 2014. 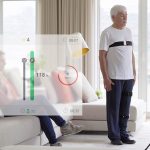 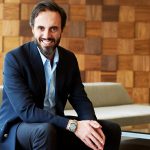 Farfetch grows both turnover and debtsNews
This website uses cookies for a better browsing experience, in continuing browsing you're accepting their use. Read More