Portugal’s statistics entity INE announced that the country’s economy grew 2.2% in 2019, more than had been expected.

It means that Portugal’s public debt will not be 118.9% of GDP as expected, but rather 11.7% of GDP – 1.2 percentage points below government forecasts.
Portugal’s economic performance is analysed by international ratings agencies and could mean that its rating could improve as a result.
According to the INE, nominal GDP in 2019 was set at €212.3 Bn and taking into account that Portugal’s public debt calculated by the Bank of Portugal climbed to €249.74Bn, it actually now means that the ratio of debt to GDP stands at 117.7% and not the 118.2% that the BdP had published in its last statistical bulletin.
This alteration reflects a nominal GDP growth of 3.9% after an evolution of 4.3% which means nominal GDP went from €204.28Bn to €212.3Bn.
Despite Portugal’s public debt going down, it is still one of the highest in the Euro Zone. According to the latest data from Eurostat, Portugal has the third highest debt ratio. Data from the period between July and September 2019 shows that debt to GDP ratio Portugal has the third highest debt after Italy (137.3%) and Greece (178.2%).
But in terms of budget balance, the upward nominal GDP revision was not enough to have any kind of impact on the deficit of 0.1% foreseen by the Government for 2019. However, the Minister of Finances admitted on Friday the possibility of Portugal recording a surplus one year ahead of the 2020 timeframe calculated.
In this case, Portugal’s first surplus in 40 years of democracy is down to a more robust economy in the fourth quarter of the year which should bring in much higher tax revenues.
“There was a recovery in exports, while investment also maintained a much higher pace and the employment market continues to show excellent results,” says Mário Centeno in an interview with Reuters.
“All of these numbers are added to the scenario of a surplus for 2019” he added. According to new data from the INE, Portugal’s GDP grew 0.7% in the fourth quarter — an upward revision of a 10th of a percent and at more than double the expansion rate for the three previous months.
The Government forecasts a budget surplus of 0.2% of GDP in 2020 while the Council for Public Finances now estimates that the minister of Finance will have exceeded the deficit target of 0.1% of GDP foreseen for 2019. 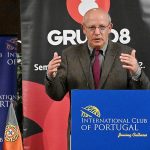 The UK and US – two opportunities for 2020 says ministerNews 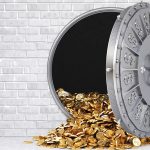 Banks raked in €2.4 million per day in 2019News
This website uses cookies for a better browsing experience, in continuing browsing you're accepting their use. Read More