Portugal Travel and Tourism Fair postponed until May

The annual Portugal Travel and Tourism Fair which was scheduled to open on 11 March has been postponed until 27 May.

The Portuguese Industrial Association which is responsible for organising the Bolsa de Turismo de Lisboa or BTL as it is commonly referred to in Portugal chose to postpone the event because of the Coronavirus.
For this edition of BTL around 1,500 exhibitors, many from 67 international destinations had signed up for the event.
Portugal’s tourism office Turismo de Portugal and regional offices such as Turismo do Algarve, Alentejo and Ribatejo, Centre de Portugal, Lisbon Region, Porto and the North of Portugal as well as the Regional Secretaries of Tourism of the Azores and Madeira and respective overseas promotion agencies also stated that they would not participate in the 2020 edition of BTL.
On Thursday morning, the Secretary of State for Tourism, Rita Marques said that she had been in contact with the organisers of BTL and admitted that there had been some discussions as to whether to delay the fair or not.
The President of the Porto and North of Portugal tourist office had already requested that the largest tourism trade fair in Portugal be postponed.
“We think it is perfectly reasonable to postpone the BTL event and we are fully available to take part in the event at the later date because it is the biggest tourism industry fair in our country, with huge national and international prestige” said Luís Pedro Martins, President of TPNP to the Lusa news agency.
The Abreu Travel Agency holidays fair also scheduled for the end of March has been postponed too. Mundo Abreu (Abreu World), like BTL, expects to welcome around 70,000 visitors when it runs in May. 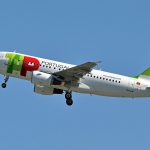 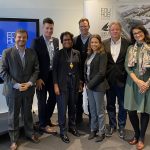 United International School joins forces with MicrosoftNews
This website uses cookies for a better browsing experience, in continuing browsing you're accepting their use. Read More