Isabel dos Santos to lose out from EuroBic

The daughter of a former Angolan president is unlikely to get her hands on proceeds from the sale of EuroBic bank shares.

An official suspect in a case alleging multi-million-euro fraud and money-laundering, Isabel dos Santos is unlikely to profit in any way from the pending sale of Portuguese-Angolan bank EuroBic to Spanish bank Abanca.
The Governor of the Bank of Portugal Carlos Costa has affirmed this in parliament, answering questions over how it was possible for Portugal to have so much exposure to Isabel dos Santos in the first place.
But his answer didn’t totally convince MPs as he appeared to leave the responsibility of holding onto the funds with “judicial authorities”.
These authorities will want to preserve the value associated with these shares” he said. “It doesn’t mean they will block the transactions but safeguard the proceeds of the transactions” he added, concluding “it is not for us (the Bank of Portugal) to take a position”.
Prime Minister António Costa later said he thought very much that it was for the Bank of Portugal to take a position and there followed a less than complimentary debate about the leader of the central bank who reaches the end of an extremely troubled mandate in a few months time.
But as to the destination of the purported €200 million that Abanca will pay for the shares belonging to Isabel dos Santos and her Portuguese business associate Fernando Teles, this looks very unlikely to be with either of them.
Isabel dos Santos has been vilified in the media since the International Consortium of Investigative Journalists (ICIJ) released their damning Luanda Leaks dossier in January. Isabel dos Santos has denounced all the stories as ‘false’ claiming that she is the victim of a political witch-hunt.
Nonetheless, earlier last week the Angolan Government formally launched a civil action against dos Santos in a Luanda court in a bid to recover €1Bn it says she and her associates owe the country.
With the whereabouts of dos Santos and her husband and business partner Sindika Dokolo unclear, the Bloco Esquerda says that the fact that the sale of EuroBic is going ahead at all is a form of ‘money-laundering’ in that Abanca will find itself owning an institution that was purchased with dirty money.
Says the latest blog posting from the ICIJ, Parliament’s Left Bloc alliance leader Catarina Martins has called on the authorities to “halt the sale” describing dos Santos assets as the “money of kleptocracy.”
Carlos Costa said at the hearing that Portugal’s exposure isn’t anything like the €570 million cited by Expresso last month, saying it was “considerably lower” without giving the figures. 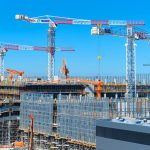 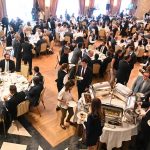 Lisbon’s scheduled events calendar grinds to a haltNews
This website uses cookies for a better browsing experience, in continuing browsing you're accepting their use. Read More